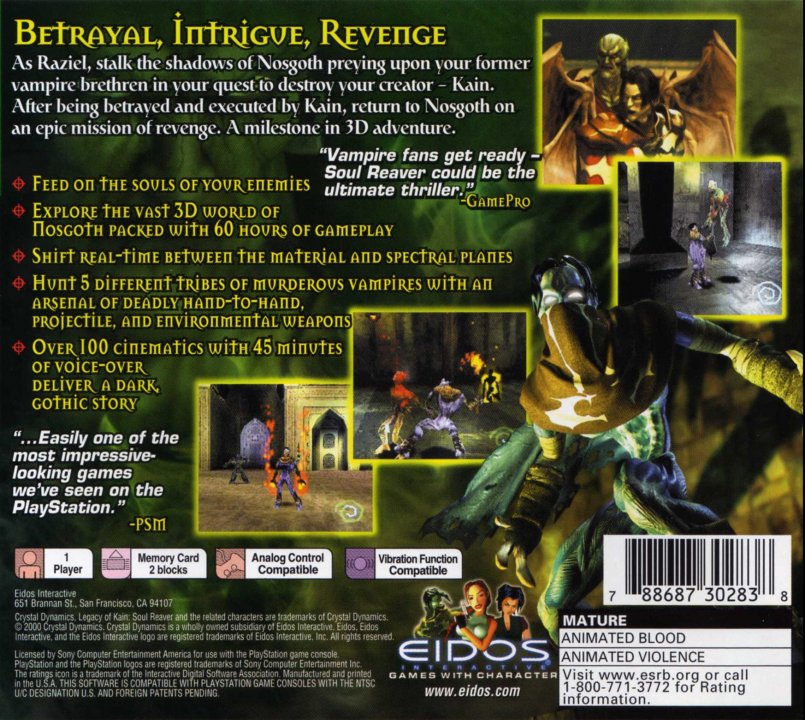 Soul Reaver is a third-person perspective action game with puzzle-solving and some platforming elements. The game follows Raziel on his quest to purge the land of vampires and take revenge on Kain and his brothers, leaders of the six clans. The player views the environments from behind Raziel's shoulder, moving him in any direction, climbing, attacking, jumping and using specific abilities. Raziel's can grip onto the edge of ledges and his torn wings allow him to glide gently downwards. He can also shift through the "material" world into the "spectral" realm at will, but must find specific locations in order to shift back. The two realms mirror one another, with distortions which give access to new areas and platforms. Existing in the material world drains Raziel's life energy at a constant rate. 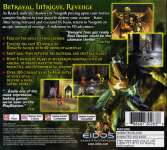 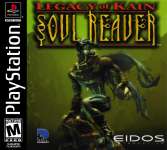 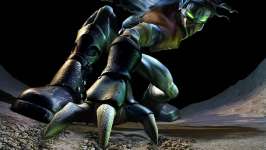 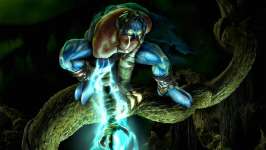 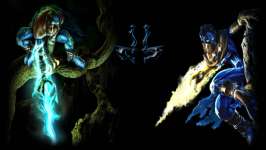 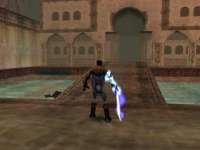 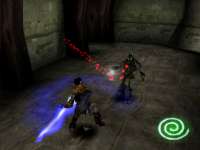 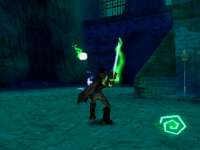 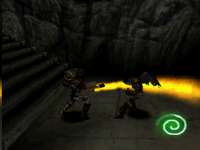 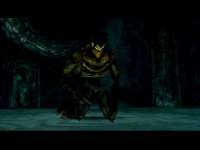 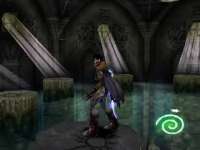