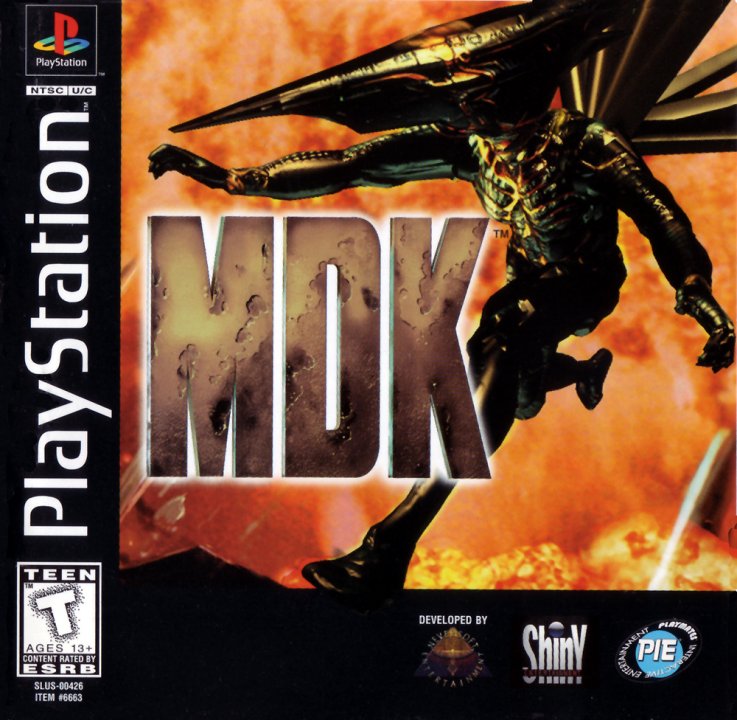 MDK is a 3rd person action/shooter game in which the objective is to basically shoot everything that moves in six massive cities, each with their own sublevels. Because the world is being invaded by aliens, it is up to you and your sidekick Bones to stop the invasion and single handedly save Earth. In order to do so, you must make good use of your special suit, which allows you to do all kinds of things. The super-suit comes equipped with many features you'll need to utilize in your journey, such as the sniper helmet. This allows you to zoom in on unsuspecting enemies and fire off shots with pinpoint accuracy. There is also a built in parachute (a ribbon-like device) that enables you to glide between different platforms as well as drop down on intruders. Your suit comes equipped with a chain gun that has an infinite supply of ammunition. You can also pick up special items, like a miniature nuclear bomb and powerful upgrades for your chaingun. In addition to running around and shooting, there are also special means of transportation including a surfboard-like jet and a bomber plane that is used to call in air strikes. 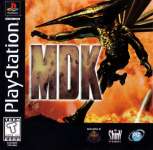 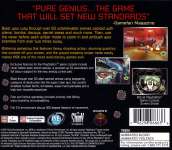