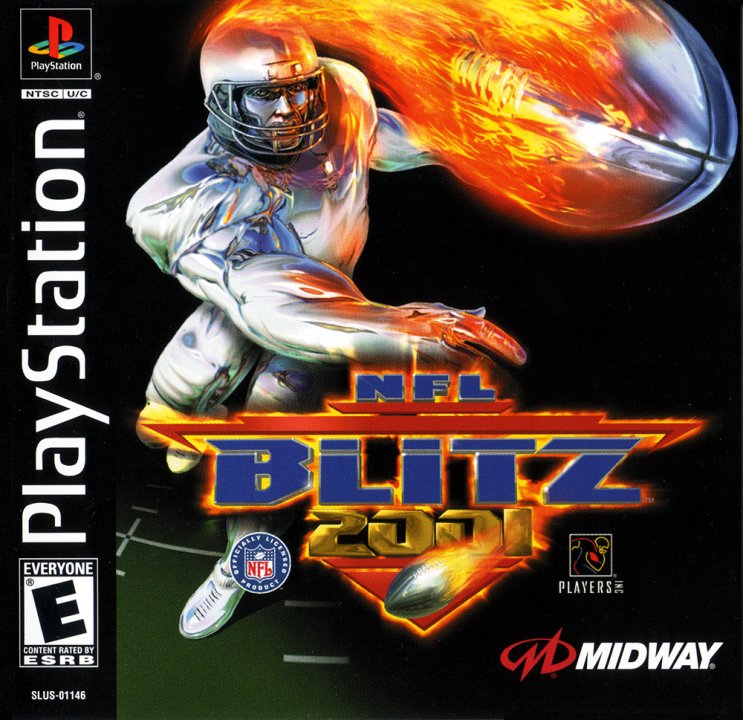 Who needs rules? This version of the offensively minded NFL BLITZ is even more fast-paced, action-driven, and penalty-free than its ancestors. Using an amazingly intuitive controller configuration, BLITZ keeps it as simple as possible. It's all about excitement, as you choose between 27 effective offensive plays and nine defensive sets for your NFL franchise. The teams are all here, but reality has flown out the window, as you rip off helmets, throw punches, and dive at kickers. New features include individual stats based on NFL performance, new player animations, updated stadiums, multiplayer options in Season mode, better AI, new rants from the BLITZ announcer, and a cool new soundtrack. The highlight of the additions, however, has to be the Party Games mode, which allows up to four players to compete in crazy football challenges. In "1st and Goal Frenzy," you have four downs to score on your opponent; "Goal Line Stand" reverses the scenario and has you defending for four downs; and "Quarterback Challenge" has you passing at specific targets. Oh, and there's one more thing new cheerleaders. 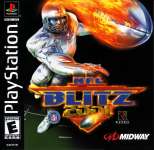 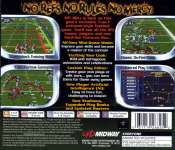 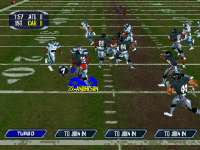