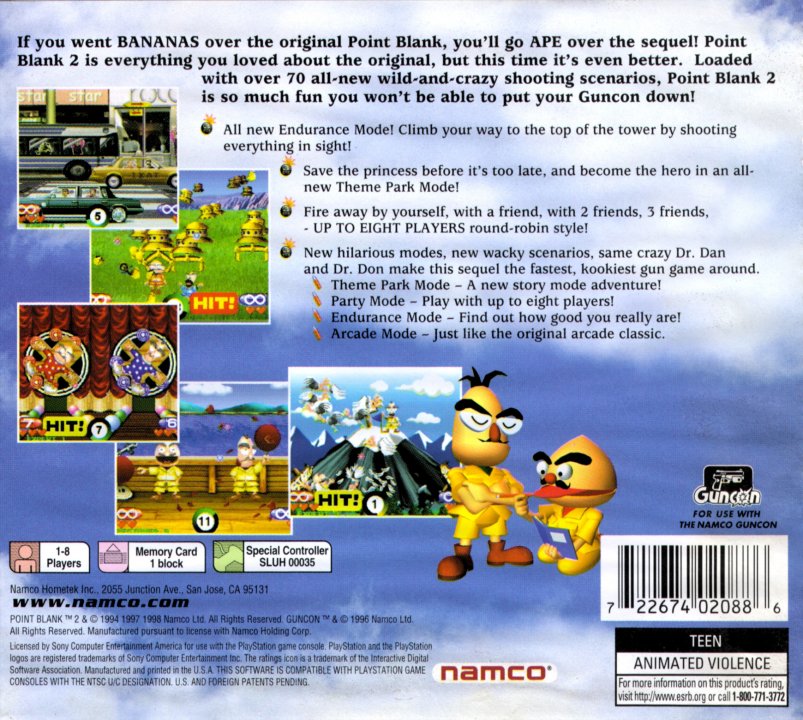 Point Blank 2 is the sequel to the now classic arcade game Point Blank, which was converted to the PlayStation in 1998. Using the Namco built GunCon (an arcade-like light gun), it offers 70 new shooting galleries, different party modes and a new single-player game. If you're playing single-player, you have a few options from which to choose. The arcade mode is simply 16 rounds (of either beginner, advanced or insane difficulty) selected randomly from the 70 different shooting galleries. You'll get to shave sheep by shooting off their wool, test your accuracy in one-shot, one-hit bouts and save Dr. Don and Dr. Dan from wacky situations. There is also an endurance mode in which you climb a tall tower to see how far you can get in three tries. 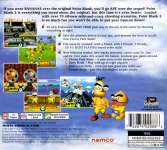 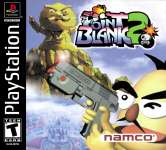