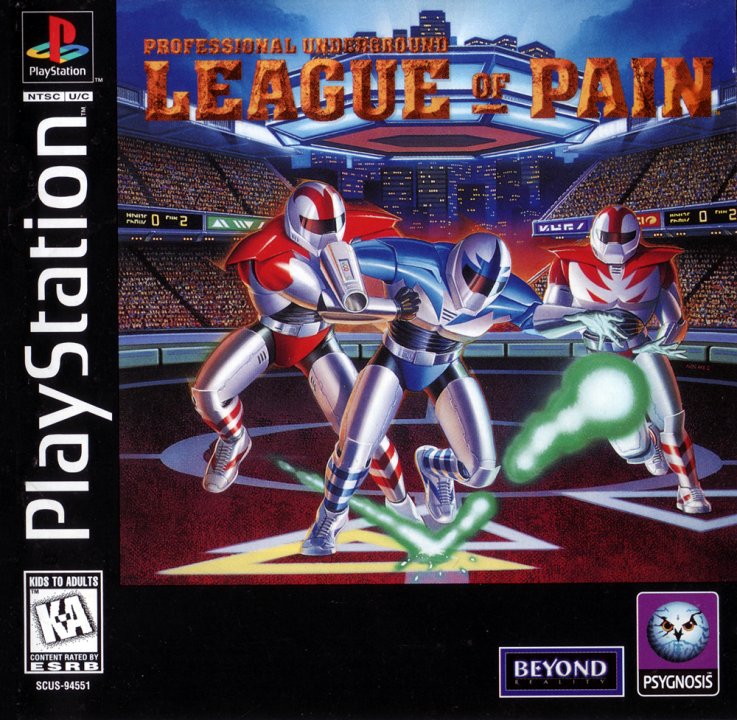 A combination of ice hockey, basketball, and bare-knuckle fighting, Professional Underground League of Pain is a futuristic sports game with few rules and loads of violence. The object of the game is to throw a plasma ball into a round goal that is suspended above the middle of a hockey-sized arena. Before you or your computer opponent can make a basket, the ball must be charged. Each team's charger is located in their opponents end of the court. Be careful, though: If the ball is charged with your opponent's color and you make a basket, your opponent gets the points. The same rule applies for the opposing team. There are different zones on the court and depending on where a player is standing when he makes a shot, he will score one, two, or three points. There are sixteen different teams to choose from, representing the countries of England, France, the United States, Germany, Japan, Mexico, Australia, and Russia. Each team has four players on the court at once. Most of the action consists of passing, shooting, and stealing the ball, punching and sliding into your opponents, and a whole lot of running. 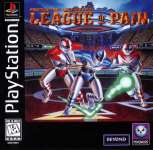 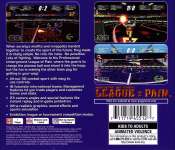