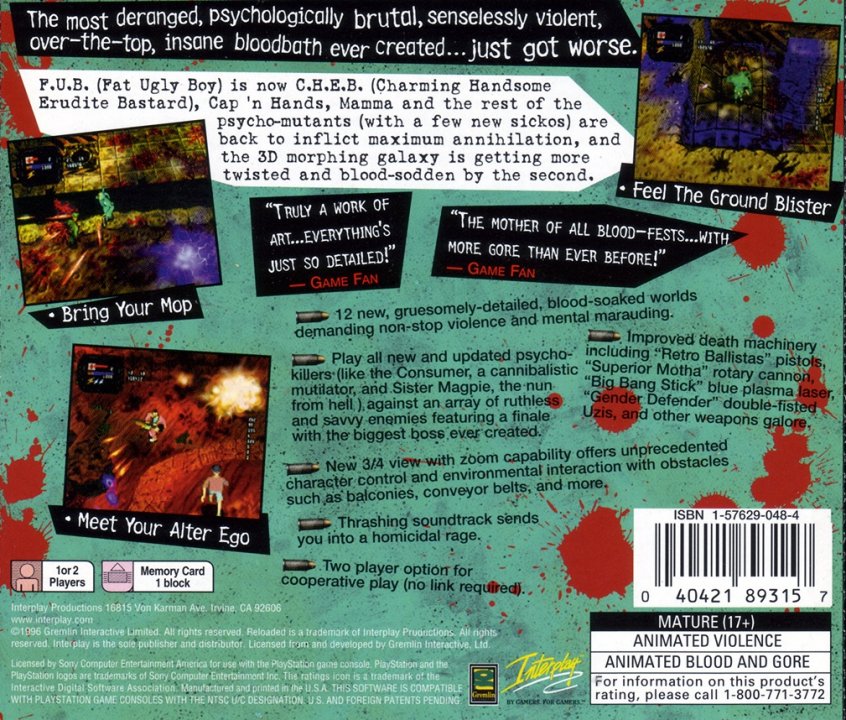 MAMMA, BOUNCA, BUTCH, and CAP'N HANDS are back and have been joined by SISTER MAQPIE and THE CONSUMER in the roll-call of shame, blasting their way through huge blood soaked worlds to inflict brutal revenge on C.H.E.B., who is hell bent on universal domination. PREPARE YOURSELF for an even heavier dose of maximum annihilation across 6 enormous 3D levels of terrifying morphing terrain which will leave you shell shocked and powered up with an array of awesome machinery and death sequences. Your bloody path is fraught with enemies to obliterate and riddles to solve in your quest to save the universe - If Loaded was twisted, then Re-Loaded is twisteder!!! 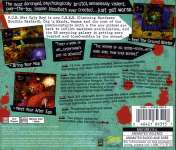 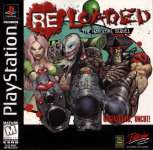