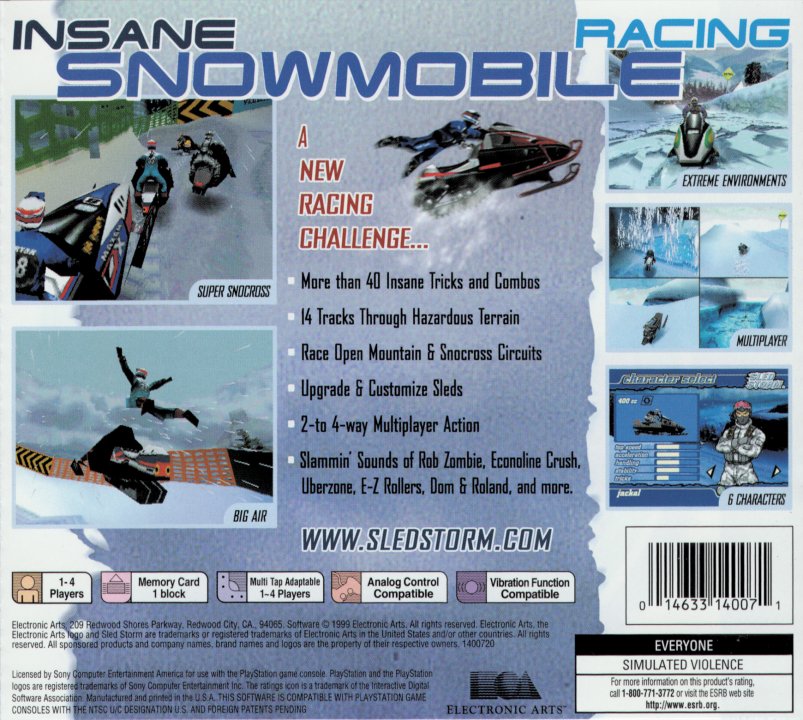 Sled Storm is a racing game featuring snowmobiles (referred to as sleds), stunts and fourteen snow-covered courses consisting of slippery slopes, inclement weather and treacherous cliffs. Up to four players can also participate at once, making this title one of the few racing games on the PlayStation (as of 1999) to feature split-screen action with more than two players. Sled Storm also offers two forms of racing for both multi-player and solo competition: Championship and Quick Race. 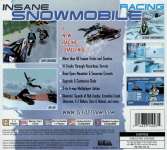 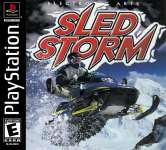