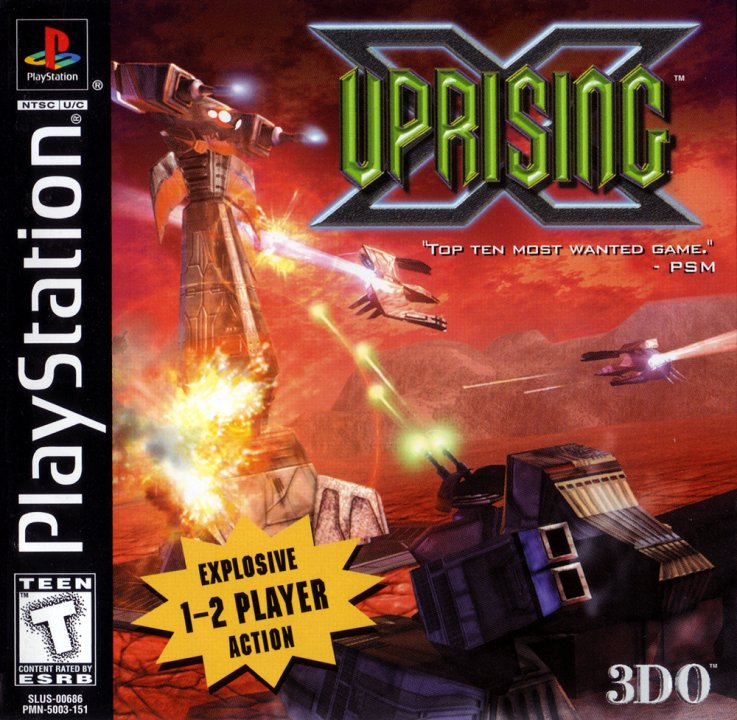 A war has been going on for nearly two hundred years between the cruel Imperium regime and the Rebel forces. The Rebels are beginning to turn the tides of the war to their advantage, and while the Imperium armies are by no means defeated, there is a great deal of hope in the Rebel camp. Unfortunately, the Imperium has introduced a new weapon of unspeakable power. When unleashed against a Rebel planet, the damage was absolute. This new "planet-killing" weapon will certainly mark the end of the Rebel forces if it continues to operate. Uprising X, by The 3DO Company, is a blend of action and strategy for the PlayStation. Players take control of a tank-like vehicle known as "The Wraith," which is the most powerful weapon available to the Rebel forces. The majority of the game is spent behind the controls of the Wraith, although some missions will require troop deployment and the construction of Rebel equipment. The game utilizes a first-person view from inside the Wraith or while building in Citadel mode. 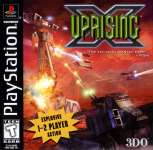