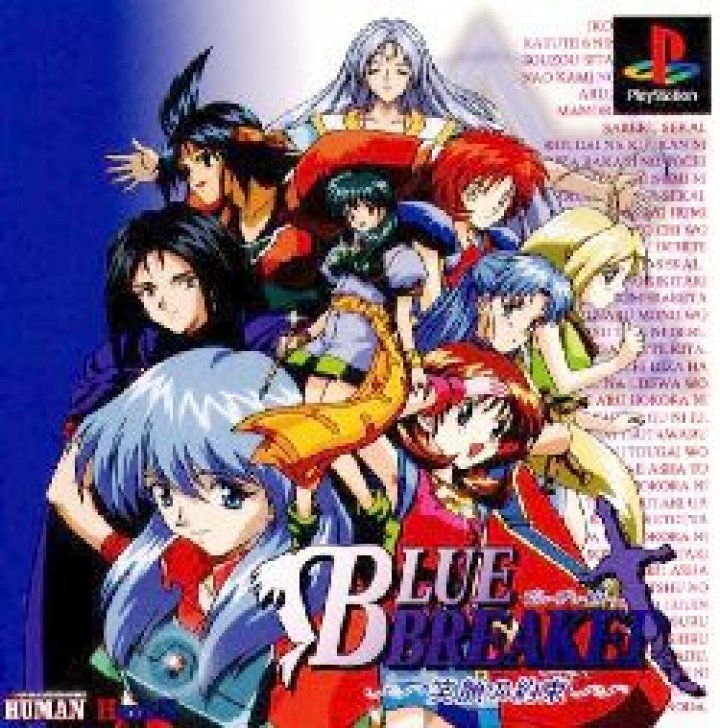 Blue Breaker Egao no Yakushoku is a "love RPG" - a sort of hybrid between an RPG and a dating game like Tokimeki Memorial. While you are playing the game, you will have to pay close attention to the level of how much the female characters like the main character. Blue Breaker proceeds in a nonlinear fashion, with Kain wandering from place to place seeing if anything happens. Almost every area in the game is accessible from the beginning; the only requirement is that Kain must move between wherever he currently is and however many locations are in the way. Each location is joined to another by means of a flat field. While moving through these flat fields Kain will experience enemies popping up randomly in front of him, eager to slay him if possible. Kain and companions will automatically battle the enemies. Kain's goal is not only to defeat the Dark Lord, but also to woo a bride. This is by far the more complicated aspect to Blue Breaker, with little being obvious in the game itself. There are certain guidelines however. If a woman interjects herself into Kain's party, forcing her out (which is possible) will negatively affect her feelings for Kain. Fighting is necessary, but fighting too much in one day will again negatively impress the ladies. 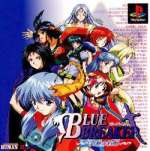