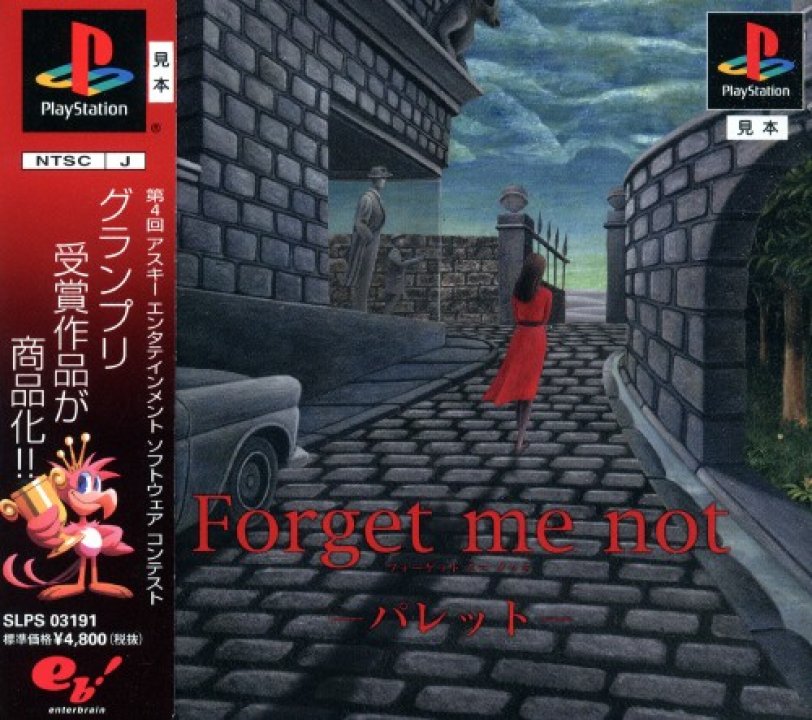 Forget Me Not: Palette

Palette is a Japanese language freeware adventure game that was made with RPG Tsukuru 95 by Nishida Yoshitaka. The game was highly acclaimed in the Fourth ASCII Entertainment Software Contest, awarded a Grand Prix of 10,000,000 yen, which resulted in remaking the game for PlayStation by Enterbrain. That version, entitled Forget me not -Palette-, saw the release on April 26, 2001 exclusively in Japan. In Palette, players would help a girl, referred to as B.D., whom apparently turned amnesiac by an accident, restore her memory as a well-known psychiatrist, Dr. Shian. Players essentially control B.D. in the scenery of her memory, which constitutes a maze with rooms and passages. 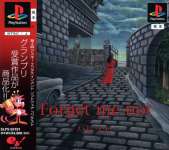