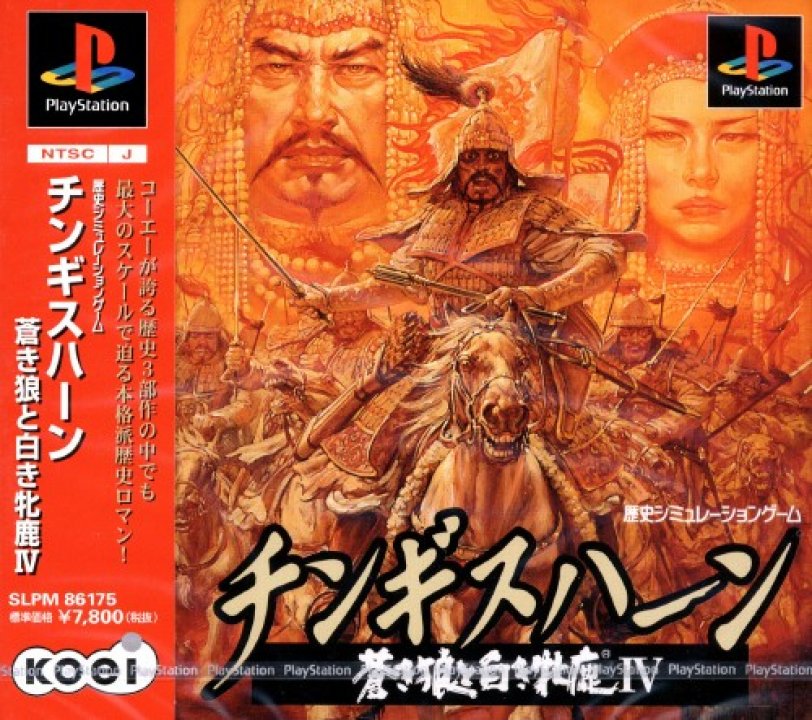 Genghis Khan Aoki Ookami to Shiroki Mejika IV is the fourth game in the Genghis Khan series that began on the NES console and the second one on the Playstation console. The game series takes the player inside the virtual life of either Genghis Khan or one of his archrivals. The player must arrange marriages, father children, appoint family members to governmental positions, and fight in order to conquer the Old World. Armies must be drafted and soldiers must be trained if the player is to rule the lands from England to Japan. You are Lord Temujin and you must conquer the land by keeping your economy stable, having your army ready to fight, and by attacking other lands. The second is World Conquest, where the goal is to conquer every opposing country. World Conquest is started by choosing the number of players and difficulty. It supports 1-8 players. 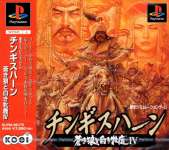