Versailles a Game of Intrigue

Versailles is a historical education-based game where players take on the role of a security agent in the court of King Louis XIV; and must work to uncover clues to stop a bomb from destroying the city of Versailles. Can you stop a madman from destroying the world's most beautiful palace? First you have to find him. And the palace is an awfully big place. Travel in time to the year 1685 to explore every corner of a universe of luxury and power at the Court of King Louis XIV of France. Experience total visual immersion, as you come face to face with over 30 characters and search for clues to unlock the mysteries of the Court to stop a slippery villain and an insidious weapon. But don't waste a moment: you have only one day to stop the sun from REALLY setting on Versailles. 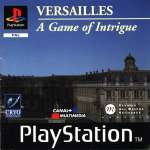