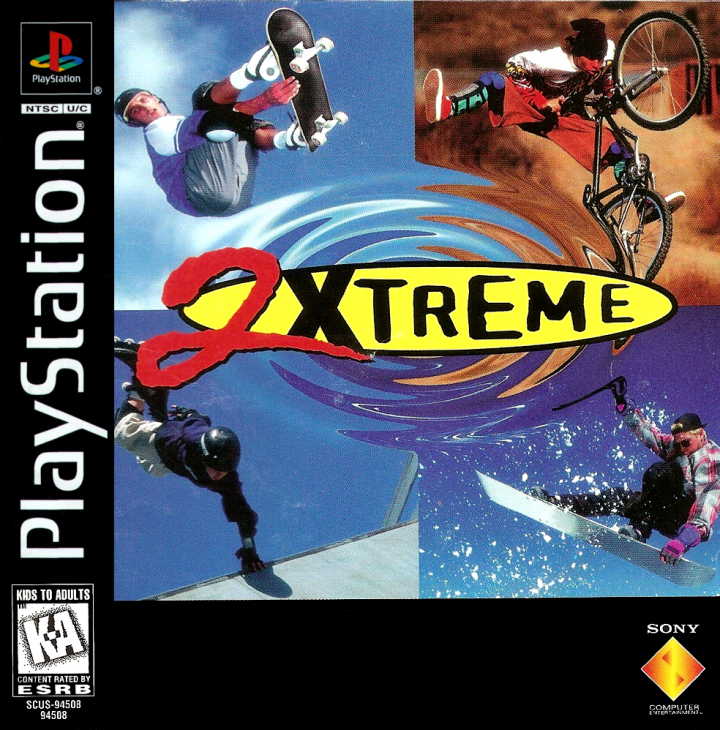 Snowboard in Japan, In-line skate in Las Vegas, Mountain Bike in Africa, and Skateboard in Los Angeles. All new points system allows you to compete in a season & earn points based on your finish, special moves and knockdowns. 4 Types of "Power-ups" and 10 different characters gives you the chance to become an Xtreme champion. Pull off awesome maneuvers like backside rail grabs and ollie-airs on the Skateboard & Carves, 360's and Japan's on the Snowboard. Kick and punch your way to the finish! Compete in a season on 12 intensely insane courses. Two player split screen racing, 4 levels of difficulty and create your own Player make 2Xtreme a rush! 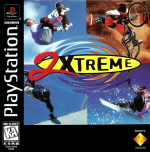