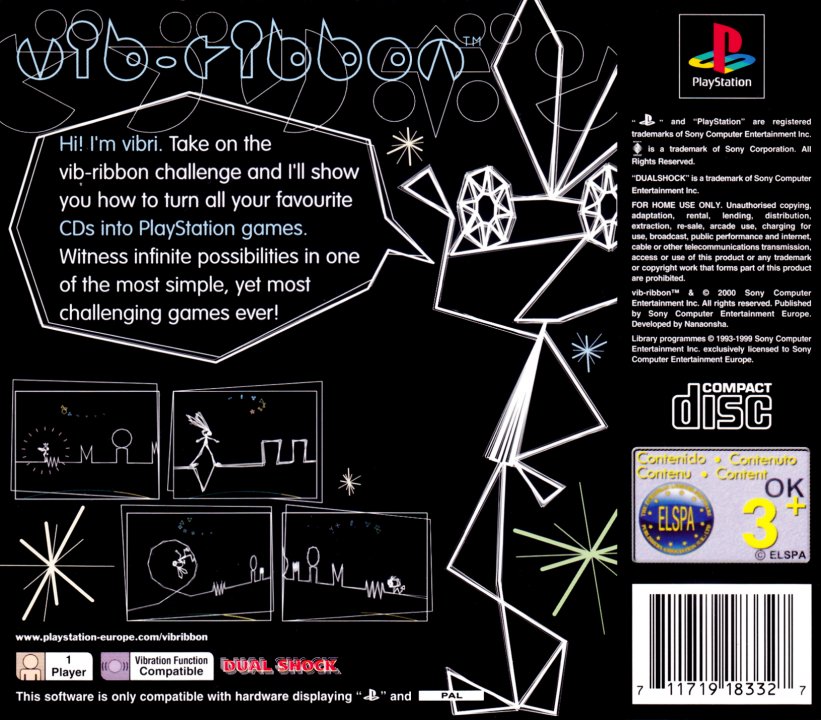 Your rabbity character, Vibri, is composed of some fairly basic geometric shapes. Vibri skips around along the eponymous vib ribbon and you have to control Vibri until the end, dodging obstacles to rack up as many points as you can. The game is a music/party game. Japanese band Laugh and Peace provides this game with some of it's soundtrack. The soundtrack is used to generate the game levels. By analyzing the music being played, the game creates the level you are playing in real-time and forces you to navigate that level. Then once you have mastered the songs that come with Vib Ribbon, you can then put in your own music CD's to see what wild challenges you can create. 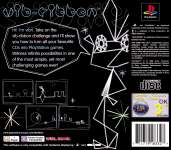 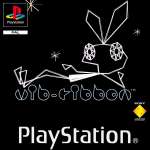 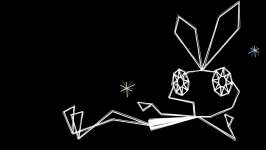