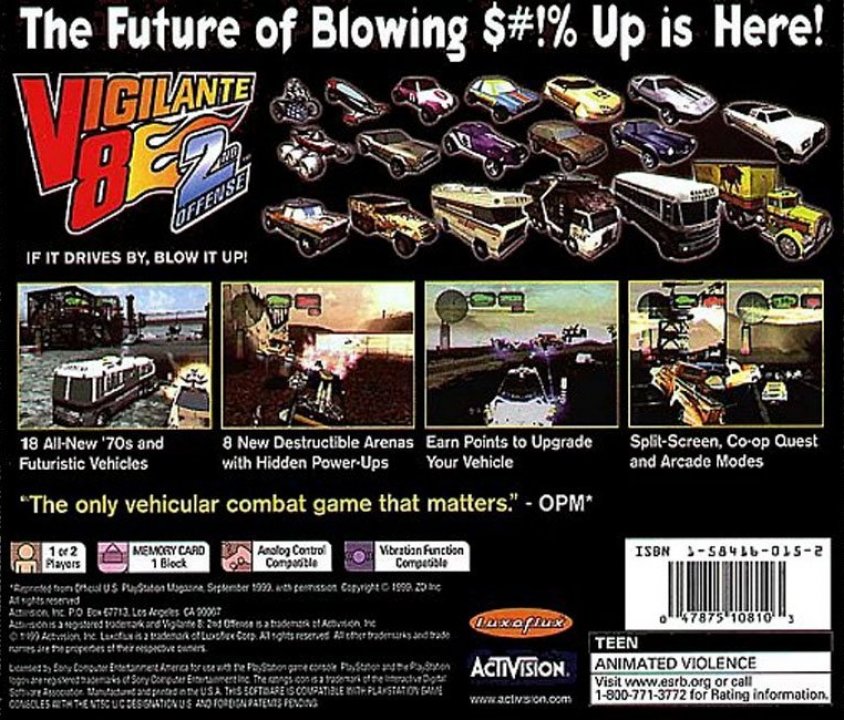 As in Vigilante 8, players will control a vehicle and eliminate all other vehicles in the arena with the use of weapons and upgrades. The player can choose to play through a story mode, Quest Mode, or play with an assorted number of bots in Arcade mode. The game also offers a new two-player cooperative mode and a Grand Melee Deathmatch mode, wherein the player endures attacks by multiple AI opponents. Second Offense introduced the "Salvage Points" system, which allows the player to upgrade their vehicle by collecting Salvage Points from destroyed opponents, improving the vehicle's offense, defense, speed, and targeting abilities. The vehicle's external appearance also improves with more Salvage Points and turns into a totally different design when it is fully upgraded. Special icons scattered over the game zone allows the player to improve mobility over certain environments, such as hover pods, skis, and outboard motors. The original game's five standard weapons - mines, rockets, autocannons, homing missiles, and mortars - are now supplanted by flamethrowers, with each weapon now capable of performing three special attacks using movements on the control pad. The Totaling and Whammy combat modes from the first game are also retained, as is the concept of stages with interactive features. 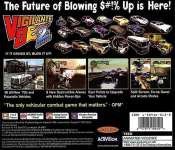 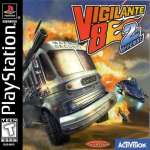 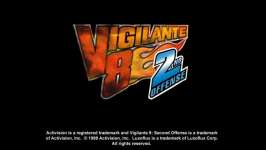 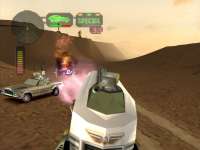 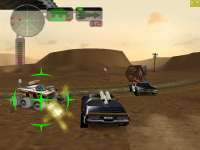