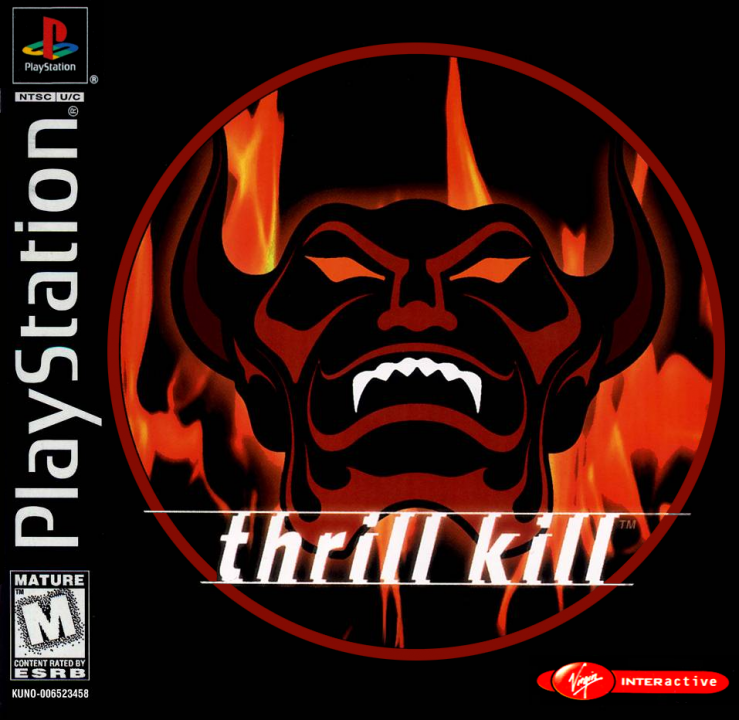 Hell Hath No Fury Like... THRILL KILL Eight fighters, eight souls. Each has died and descended into Hell, except it's not the classical Dante's Hell. It's a modern day Hell based on the real world of today's deviants. The characters are the physical manifestations of their mental illnesses or vices on earth. Marukka, the God of Secrets, is bored and decided that it would be fun to pit them all against each other with the prize being rebirth. Each character is battling for nothing more than self-preservation and the hope to be born again. -Fast and furious 4-player deathmatches! -Battle to the death in chambers of horror like he Insane Asylum, the Slaughterhouse and the Morgue! -Face 11 malformed freaks including a Psycho Redneck Cannibal, a Maladjusted midget on stilts, and a Queen Demon straight from the depths of hell! -Gang-up and cooperative moves never before seen in a 3D fighter: Hold your opponent while others beat the pulp out of him! -Advanced AI that will force you to constantly come up with new solo and team moves! -One of a kind Kill Meter that promotes offensive game play!