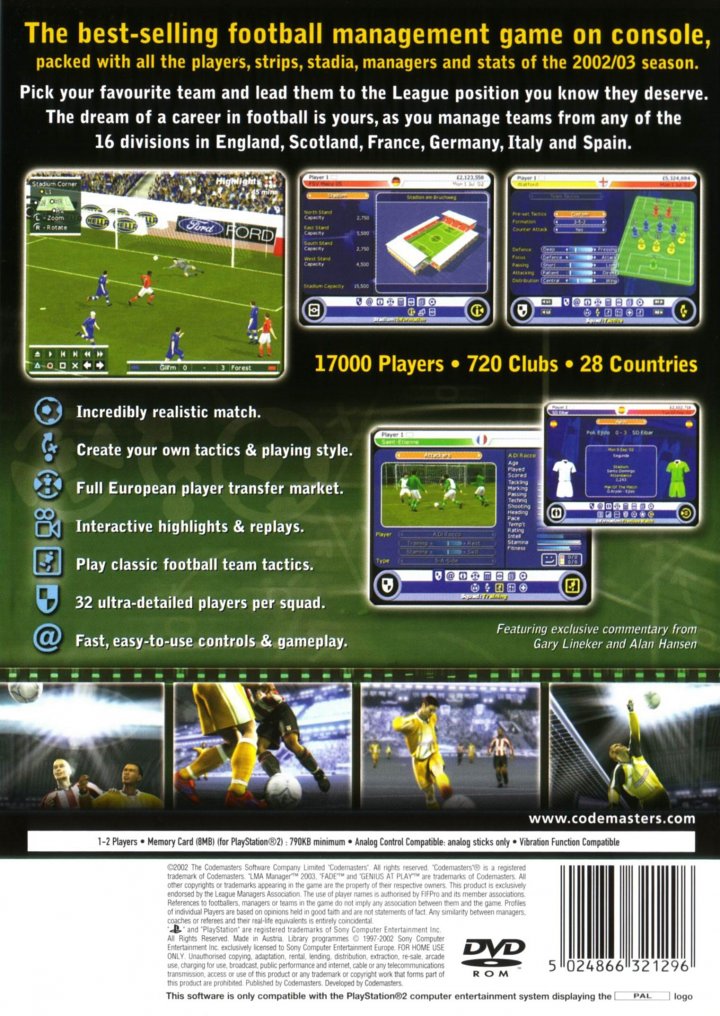 LMA Manager 2003 is the 2002/03 season update of the best-selling football management game on console, and the first to be released on Xbox. You can manage any team from the 16 main leagues in England, Scotland, France, Germany, Italy or Spain. The 3D match engine allows you to watch the action unfold, and the interactive highlights let you analyse in detail after the game. Contains over 17,000 players at 720 clubs from 28 different countries. 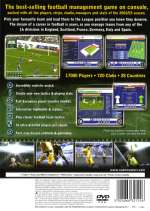 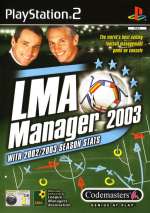