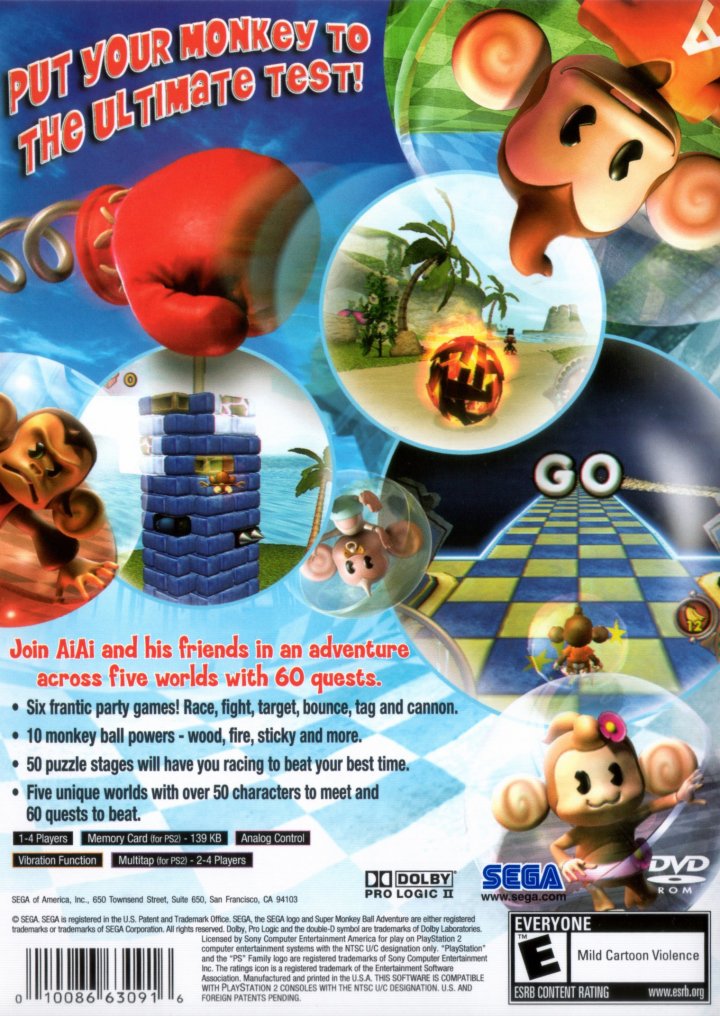 Our four heroes from Super Monkey Ball - Aiai, Meemee, Baby and Gongon - were enjoying a typical day, when they saw a flying machine crash down on a nearby island. Soon, they discovered that the mysterious Naysayers have appeared, spreading discord and unhappiness all over the island. And to top it all off, the prince and princess of the neighboring islands have gone missing on Jungle Island - if they aren't found and returned, there's sure to be trouble! Can our heroes restore order to Monearth? Super Monkey Ball Adventure takes the monkey rolling madness of the previous games and puts a story-based spin on it. Choosing from one of the four monkeys, Players roll their way around the various islands of Monearth, talking to citizens and performing the tasks they request (such as delivering sandwiches, finding a missing baby, rescuing rare flowers, and more) to cheer them up. 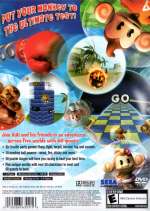 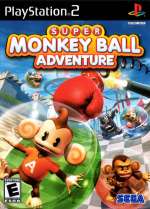 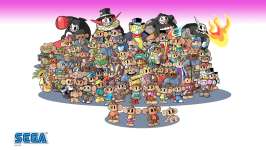