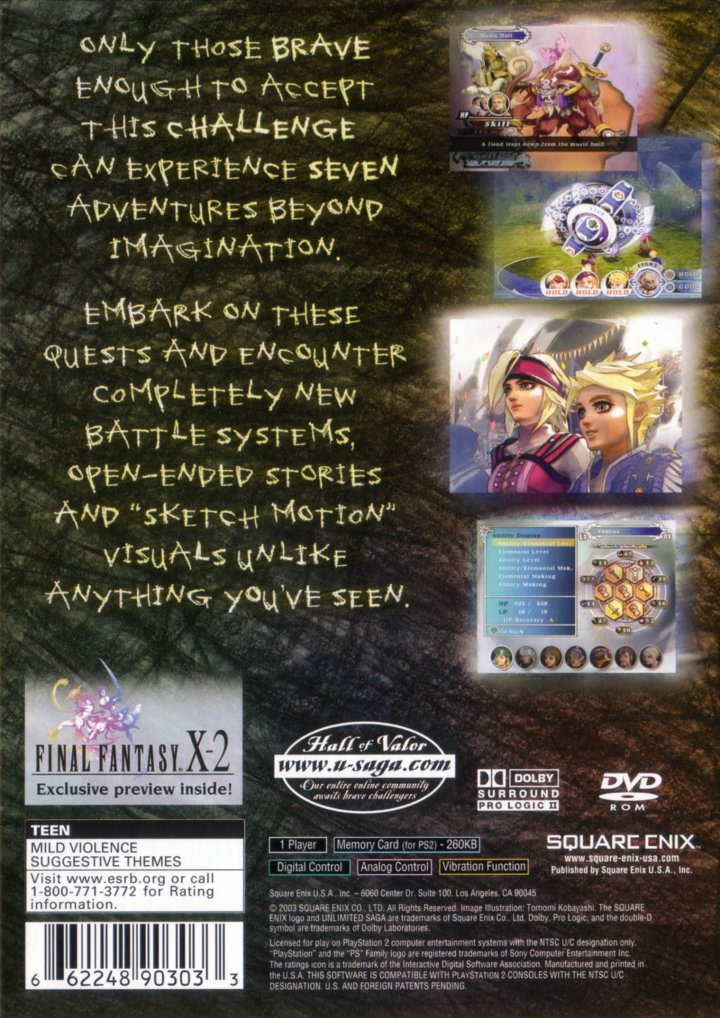 "Unlimited SaGa" is a sequel to Square's famous series of non-linear RPGs. Like in the early Romancing Saga games, and in Saga Frontier, you assume the role of eight main characters (selectable at the beginning of the game). The story centers around Laura, a 30-year old widow and an ex-pirate, but you view the story and make it progress differently depending on which character you have chosen, and on the decisions you take throughout the game. Each character is represented by a different kind of flower. "Unlimited SaGa" feels and plays a lot like a classic board RPG. Everything - from disarming traps to hitting the enemy successfully in a battle - depends on the so-called REEL system. You have to stop a spinning slot machine at the right time, in order to perform an action successfully. It is similar to the classic dice system in pen-and-paper RPGs, and to the Judgment Ring system in Shadow Hearts. You can explore the world in a non-linear fashion, visit many optional areas and fight monsters at your will. Some puzzles have multiple solutions and can be solved by using a character's special skill. For example, a character with a Swim skill can cross a river and reach the next area of the game. 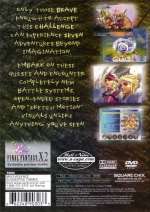 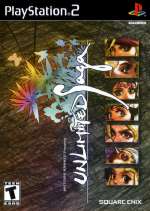