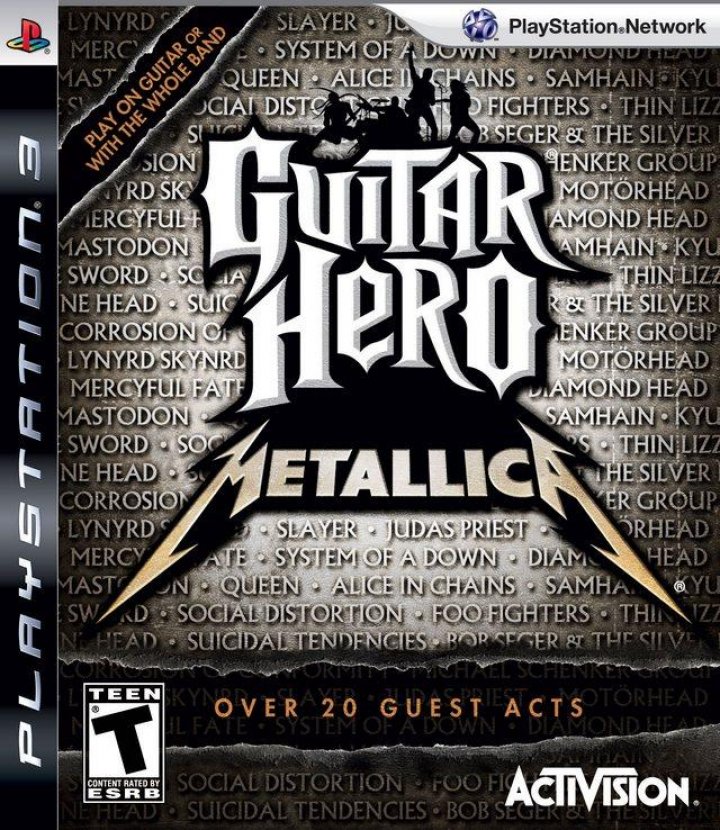 "Ride the Lightning" with musical icons Metallica and over 20 other rocking acts in Guitar Hero: Metallica. Just as Guitar Hero: Aerosmith was something of a glorified expansion of Guitar Hero III, Guitar Hero: Metallica serves as an extension of Activision's band-focused hit Guitar Hero: World Tour, offering gamers a feel for life in and around one of heavy metal's most popular and influential bands. The game features a total of 49 songs, including 28 original Metallica tracks, such as "Seek and Destroy," "Fade to Black," "Master of Puppets," and "One," and 21 band-selected songs from such acts as Bob Seger, Judas Priest, Queen, and Thin Lizzy. In general, the game's difficulty level was designed to be on par with that of Guitar Hero: Aerosmith, however, the hard-hitting nature of some of Metallica's tracks led to the creation of an extremely difficult "Expert+" mode that can incorporate a second drum pedal. Though band members James Hetfield, Lars Ulrich, Kirk Hammett, and Robert Trujillo participated in motion-capture sessions to help create lifelike in-game avatars, the story actually finds players in the shoes of a band serving as Metallica's opening act. This narrative mechanic sends gamers to such real-world music venues as the Stone nightclub in San Francisco, the Forum in Los Angeles, the Hammersmith Odeon in London, and the Tushino Airfield in Russia. As always, players must earn high scores and unlock new songs by rhythmically matching onscreen prompts that correspond with musical notes. The music creation aspect of World Tour returns in Guitar Hero: Metallica, with new musical tones based on Hetfield's guitar and a new "Drum Over" mode that lets gamers play improvised drum tracks over any song, while the multiplayer "Battle Mode" comes equipped with new Metallica-themed power-ups such as "Fade to Black," "Ride the Lightning," and "Trapped Under Ice." 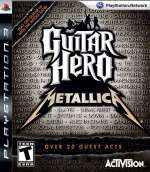