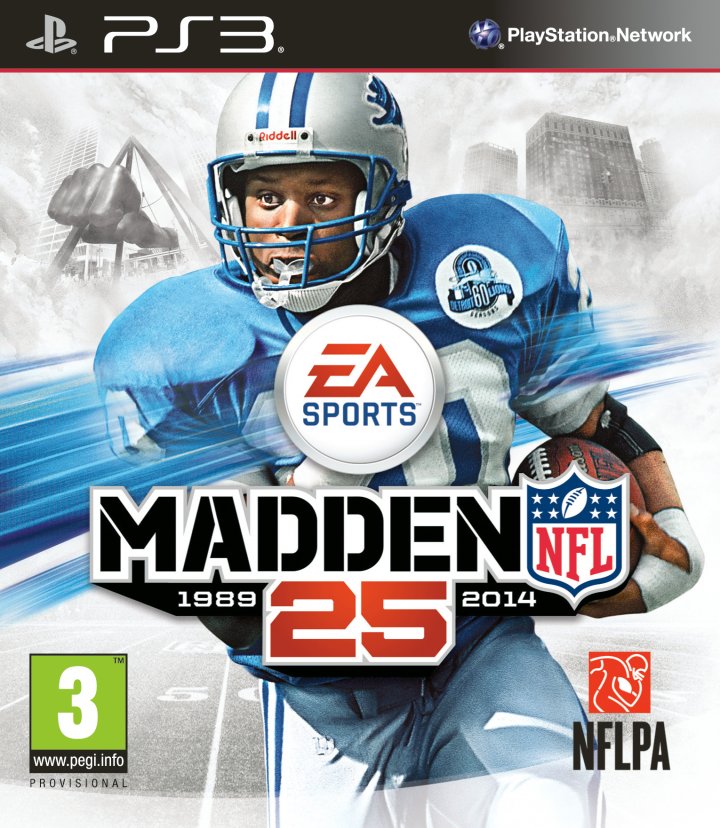 Madden NFL 25 is an American football sports video game based on the National Football League and published by EA Sports. It was released for PlayStation 3 and Xbox 360 in late August 2013. Instead of numbering it Madden NFL 14 with the year like in previous versions of the Madden NFL games, the "25" in the title refers the 25th anniversary of the series.[1] The eighth generation console versions of Madden NFL 25 are the very first games to run on EA Sports's Ignite game engine. However, the seventh generation versions still run on EA's previous game engine. The standard versions feature former Detroit Lions running back Barry Sanders, on the cover. The eight-generation versions feature Minnesota Vikings running back, Adrian Peterson, on the cover. The eighth-generation versions were released as launch titles for the PlayStation 4 on November 15, 2013, and Xbox One on November 22, 2013. 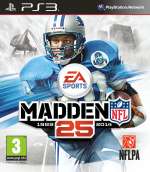