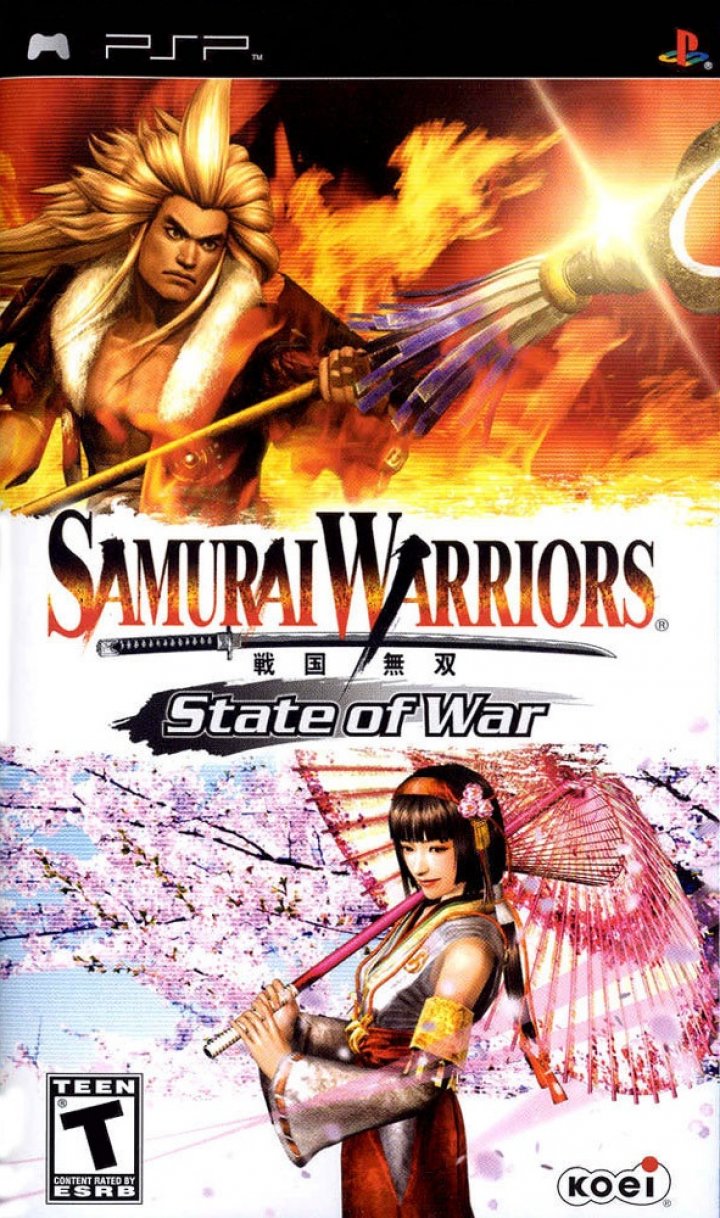 Samurai Warriors: State of War (激・戦国無双, Geki Sengoku Musou) is a portable version of Samurai Warriors, however, it is not a straight conversion. It is more like Dynasty Warriors for the PlayStation Portable, giving it an "Empires" style of playing. The gameflow is mainly separated into two stages: the Strategy phase and the Action phase. During the first stage, the map is separated into colored squares and the player is asked to move their character in a turn-based fashion. Terrain affects how the player can act during this stage. What usually follows is the action phase, which asks the player to defeat as many opponents possible within 60 seconds. These stages can tip the battle in the player's favor. There are four main armies for the player to participate in: the Takeda (Western), Uesugi (Eastern), Nobunaga, or the solo army. Completing the game with these four factions unlocks the final stage in the game. It guest stars characters from Dynasty Warriors 4. The game features a Story mode, Free mode and VS mode. 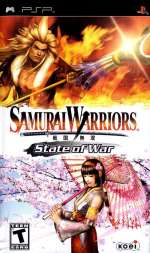