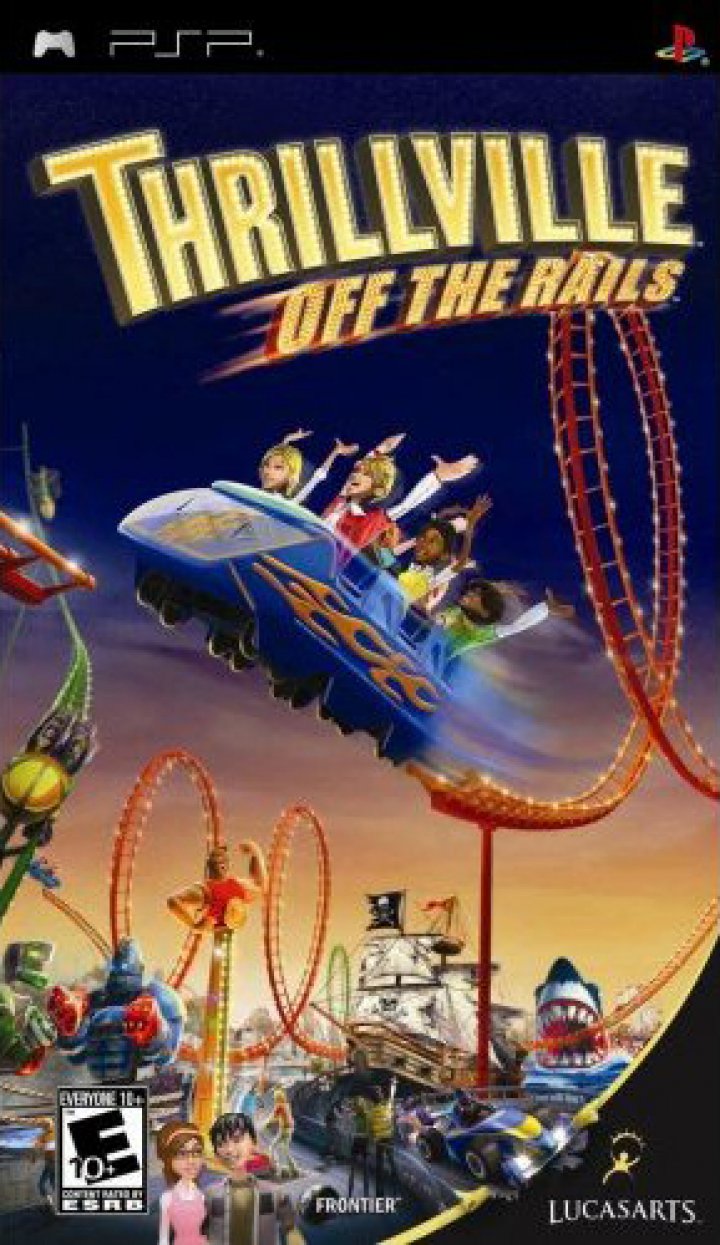 Thrillville: Off the Rails

The game is played in third person where the player is presented by an avatar chosen from a roster of young adults as well as children, each with their own voice and personality. Navigating your avatar through each of the five themeparks, you will have to complete various tasks represented through an in-game menu split into six categories, such as building coaster rides, hiring publicity and looking at the visitors needs. The game features a robust sim-like economy within the park, where the player has to manage prices, fund the research for new rides and make sure there is enough power to around for all the stalls and rides. The rollercoaster editor is similar to that of the Roller Coaster Tycoon series, but all coasters have to start in assigned areas. Progression is made by completing missions that either requires you to build themepark rides, befriend visitors, root out robot invaders, bribe journalists, train personale and play lots & lots of minigames. As each collectable found and mission completed, the player gains experience, called Thrill Points that will allow him to increase in level, and open new themeparks to buy and build up as he pleases. In addition to the single-player there is a separate multiplayer mini-game section, as well as Main Menu section dedicated to coasters that can be created and saved to be used in the game. There is over fourty minigames to be played in this version of Thrillville, and Off the Rails adds the ability for rollercoasters to crash, adding more minigames, more options and expands the interaction between the player and the visitors. 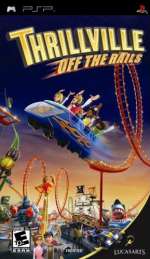