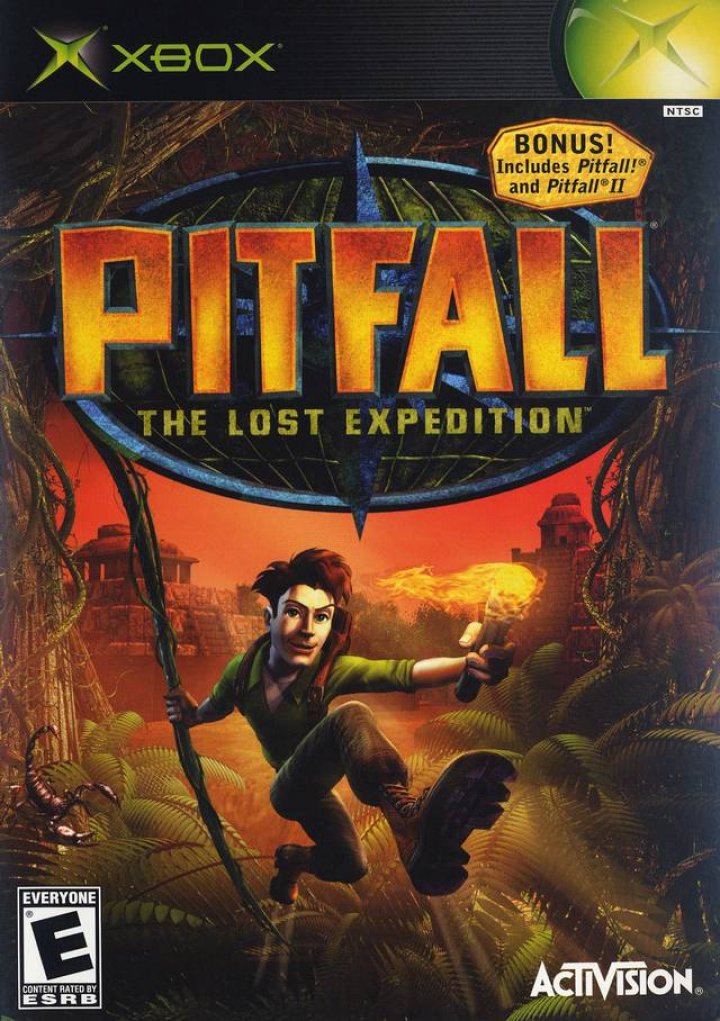 Twenty-two years after making his groundbreaking debut on the Atari 2600, Activision's Pitfall Harry returns for more jungle-exploring action. The intrepid adventurer is brought to life for more than 50 perilous levels set in such exotic South American locales as rainforests, glaciers, mines, and ancient ruins. As in the original, players must utilize Harry's athletic prowess to swing from vines, run from rolling logs, hop over treacherous pits, avoid snapping crocodiles, and more, while trying to survive the hostile environment. His objectives? To retrieve lost artifacts before they fall into the hands of his rival and to save those in danger. Pitfall Harry will eventually encounter situations that even he can't conquer with a well-timed jump or two, so players can pull items stored in his knapsack to assist him. Like the character's single foray on the original PlayStation, this game is designed to make players smile while exploring the mysterious lands before them. Although Pitfall 3D made use of Bruce Campbell's voice for its comic effect, Pitfall Harry attempts to use its visuals to elicit grins, with the protagonist drawn as a caricature, with a large head balanced atop a slender body. As the story begins, Harry is a member of a treasure-hunting expedition whose plane goes down in the forest. The other survivors are scattered throughout the game; an older, wiser adventurer who was on the plane -- and who becomes incapacitated during the accident -- urges Harry to embark on a quest to save them while battling a rival, eco-unfriendly group of treasure hunters for the relics of the jungle so they can be returned to their rightful owners. He hands Harry the "Hero's Handbook" and Harry's off to adventure. The "Hero's Handbook's" pages are scattered throughout the levels just like the crash survivors are. Find new pages, and Harry will learn new moves. 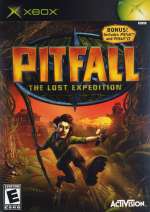