Space shooter, set in the classic Star Trek universe. Keeping with the spirit of the series, Shattered Universe sets a plot rolling with an accidental trip through a vortex and a long struggle home. Captain Sulu, voiced by George Takei himself, is in charge of the USS Excelsior and after trying to rescue Commander Chekov (Walter Koenig), he gets sucked across space through a vortex to the far reaches of the universe. Of course, the vortex gets destroyed in the process, stranding him and his crew in hostile territory. As a fighter pilot, the gamer's role is to clear the way for the USS Excelsior to make it back home safely. 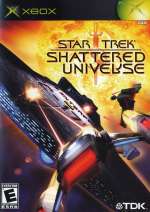 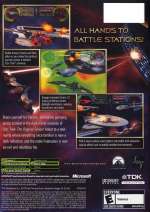