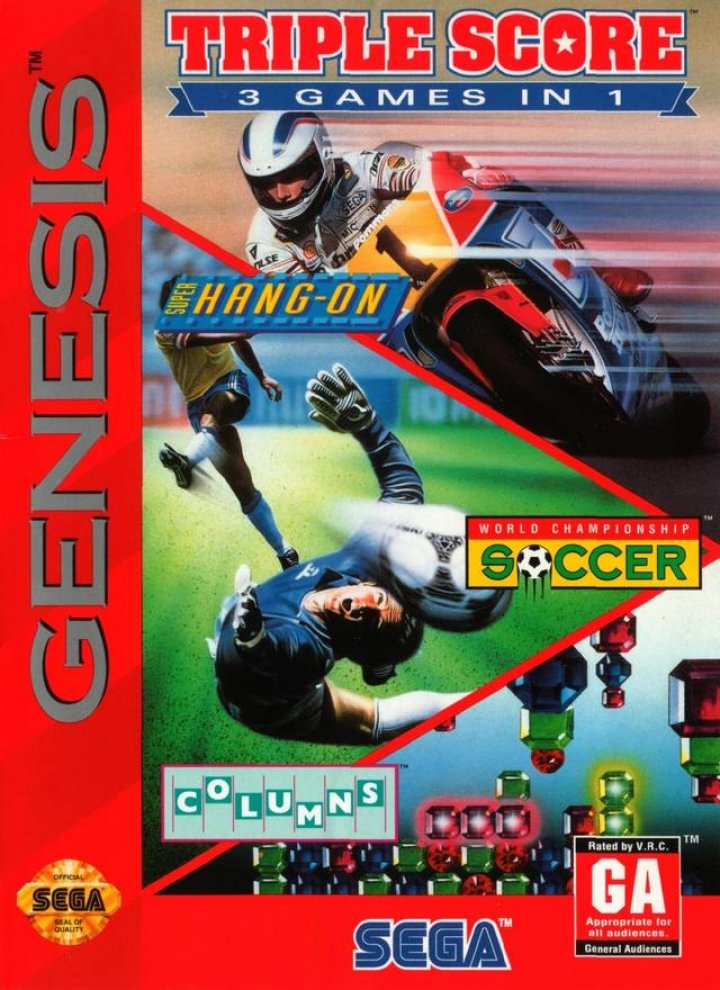 Three times the action! SUPER HANG-ON: Countdown to excitement. Hang-On's back with two awesome races that are guaranteed to rev your engine. Whether you're racing against time as you beat a path across four continents, or battling guts with an opponent on a specially-designed circuit, there's no better thrill than the roar of your pipes as they beat a steady rhythm in sync with your fast-paced driving! WORLD CHAMPIONSHIP SOCCER: World Championship Soccer kicks off against an international set of stars for the prized World Championship. To win, you'll move swiftly through the qualifying rounds onto the final tournament where only the best are lined up for intense competition! COLUMNS: Drift back to ancient Phoenicia and challenge yourself with Columns, a game favored by middle eastern merchants. In this mesmerizing pastime, tinker with your riches to align glittering jewels across, down or diagonally. 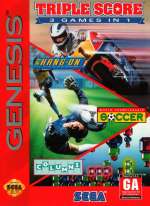