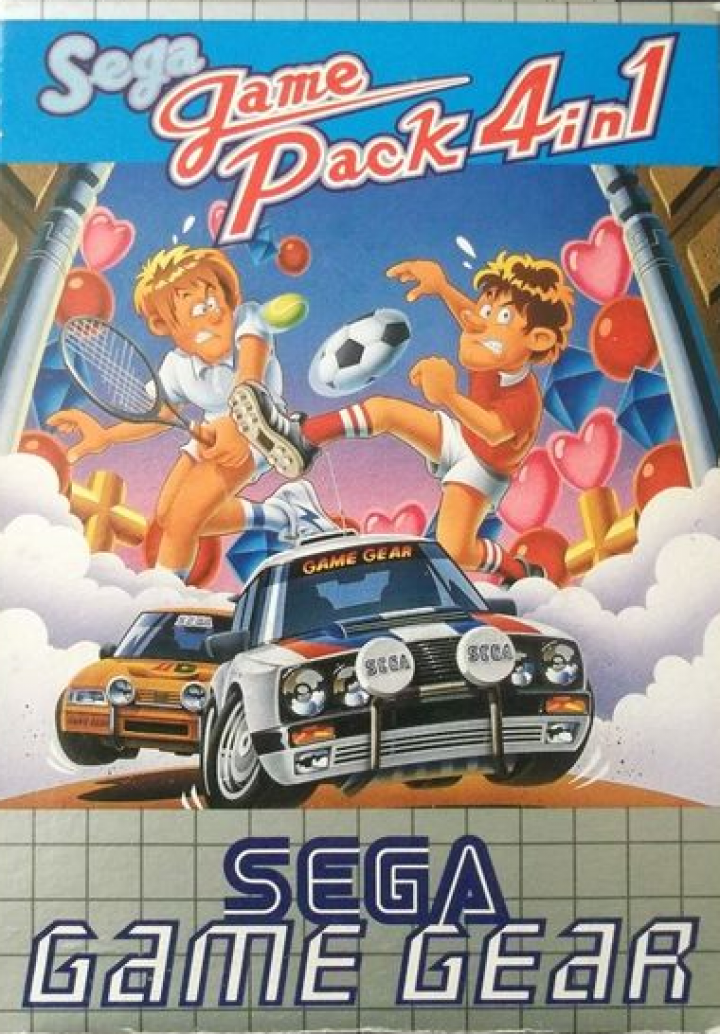 Sega Game Pack 4 in 1 is a compilation for the Sega Game Gear. It was only released in Europe. Included are four untitled games - a Columns clone, in which the player aims for groups of four pieces rather than lines of three, a simple penalty shoot-out game, a basic rally game and a simple tennis game (where the umpire is Sonic the Hedgehog). 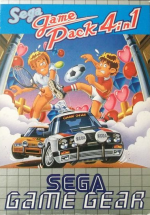