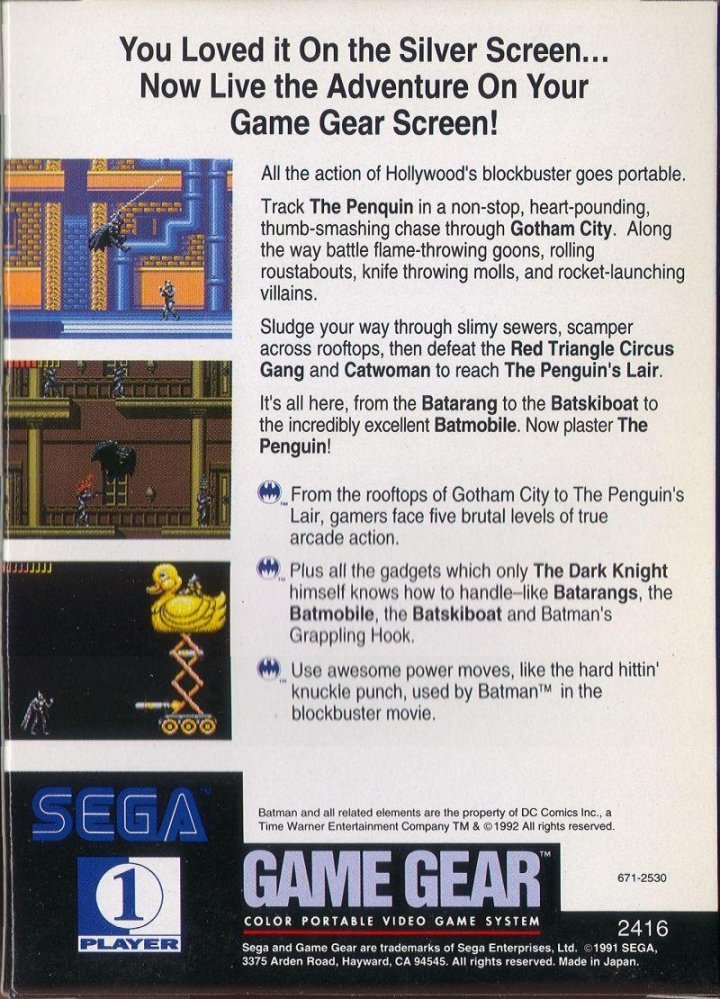 Frigid winter winds swept over an already chilled Gotham City. Random street crimes were running at an all-time high, despite the holidays. Down below, in the city's frozen sewers, Oswald Cobblepot, known as The Penguin, planned more mayhem and schemed the take over of the fightened metropolis. His loyal army of missle-packing Penguin Commandos and the bizarre Red Triangle Circus Gang are energized by the evil genius of the web-footed orphan. A desperate call to Batman goes up. Partner with Batman to salvage Gotham City from The Penguin's cold-hearted plot. Guide him in swift, life-like moves from dark alleys to rooftops in vivid scenes based on the hit movie, "Batman Returns." Control his combat style, and help conduct relentless interrogations of The Penguins many allies. Use the Batcave computer to input clues, analyze evidence, and review enemy bios. You're in charge of weapons, too. Stock Batman's Utility belt with enough heat to match the diverse fighting styles of The Penguin and cold-blooded, sewer-dwelling minions. Gotham City is in trouble. 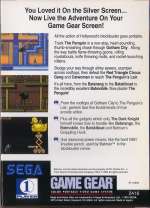 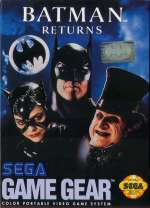 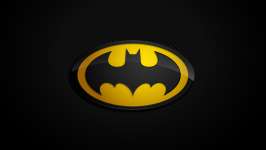