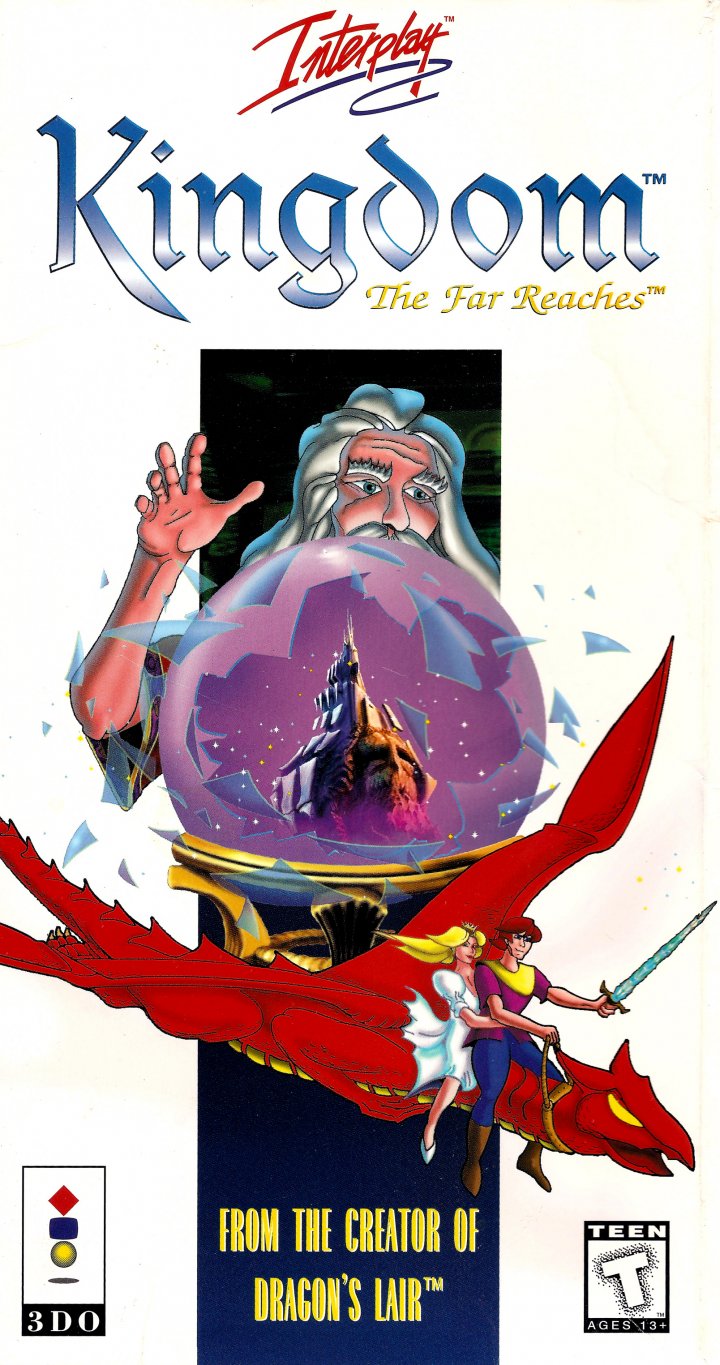 In this adventure game, step into the shoes of Lathan Kandor, a young boy, to defeat the evil Black Wizard. Lathan will find help from his mentor, the mighty magician Daelon. Explore the fantasy lands of the Far Reaches and retrieve three of the five pieces of the ancient relic called The Hand of Mobus. Talk to a variety of characters, collect objects and solve adventure type problems and puzzles. Kingdom: Far Reaches features mouse control, video animations, cartoon-like graphics, an in-game travel map and original music which can be turned off if desired. 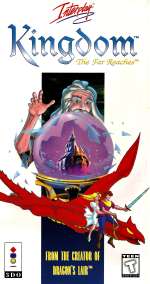 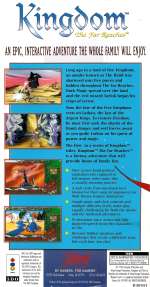