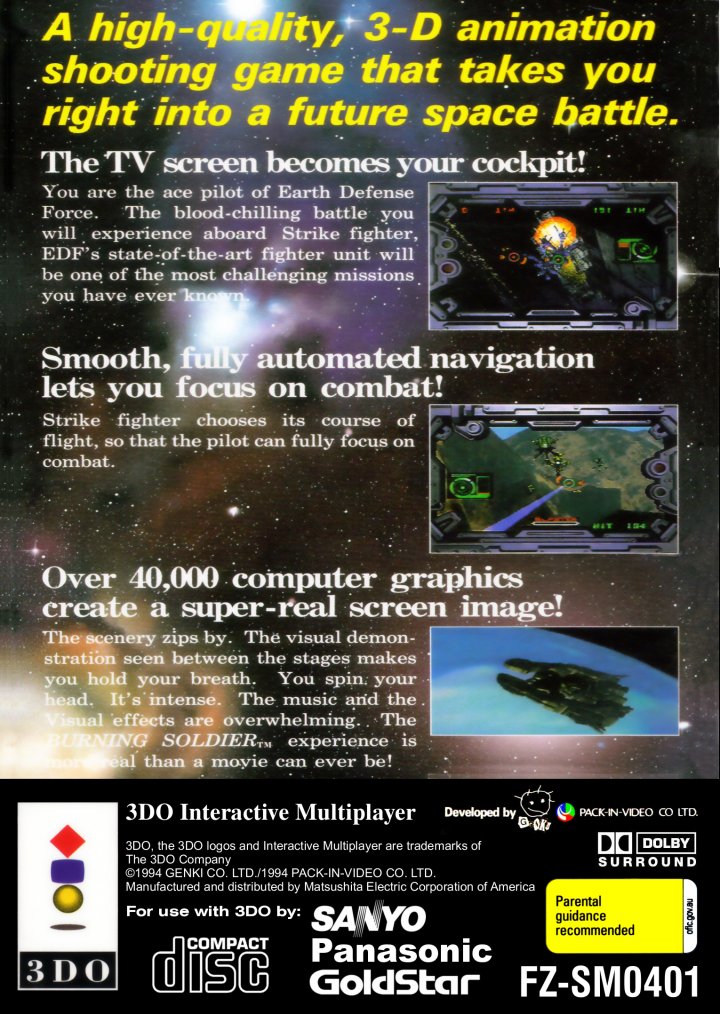 A high-quality, 3-D animation shooting game that takes you right into a future space battle. The TV screen becomes your cockpit! You are the ace pilot of Earth Defense Force. The blood-chilling battle you will experience aboard Strike fighter, EDF's state-of-the-art fighter unit will be one of the most challenging missions you have ever known. Smooth, fully automated navigation lets you focus on combat! Strike fighter chooses its course of flight, so that the pilot can fully focus on combat. Over 40.000 computer graphics create a super-real screen image! The scenery zips by. The visual demonstration seen between the stages makes you hold your breath. You spin your head. It's intense. The music and the visual effects are overwhelming. The BURNING SOLDIER exprience is more real than a move can ever be! 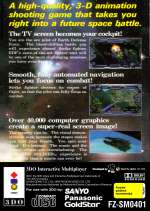 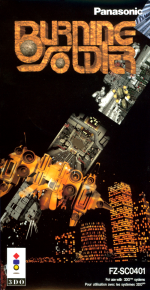 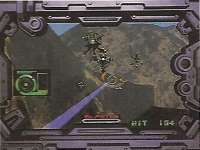 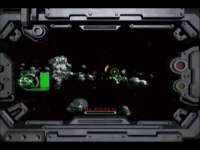