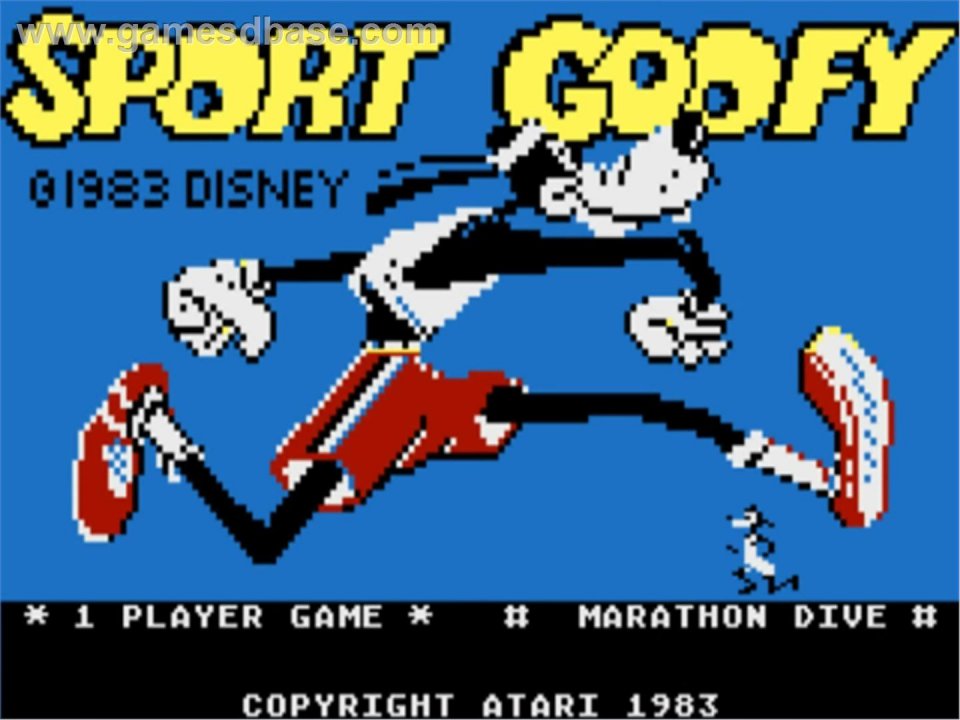 An unreleased prototype for the Atari 5200. You take control of goofy as he competes in two events, the Marathon Dive and the Pogo Pop. The Marathon Dive is a game in which you must guide Goofy up a series of platforms so he can reach the diving platform and jump off before the timer runs out. As Goofy climbs up the platforms he must avoid little armored tanks, which will chase Goofy around. Thankfully these tanks can't jump, reverse direction, or use the ladders, so they can be avoided by jumping over them or leading them into a hole (which will cause them to fall down to the next level). Also hindering Goofy's progress are large gaps in the platforms which must be carefully jumped over. If Goofy falls through a hole he'll fall down one level but is otherwise unharmed, however if he is hit by a tank he'll loose a life. If Goofy makes it to the top of the platform he will run off the end, making it about halfway across the screen before realizing that he's running in mid-air. Now Goofy will begin to fall, and you must guide him down to the little floating platform below. However the floating platform is constantly moving in an erratic fashion, so hitting it can be tough. If you successfully reach the platform, Goofy will smash into it and have his parachute open a second too late (in typical cartoon fashion). If you miss the platform Goofy will fall into the water and drown (I guess he doesn't know how to swim). As the levels progress the tanks will begin to move faster and faster, the diving platform has more holes in it, and the floating platform moves more erratically. Eventually the difficulty will wrap around however, and the game will get very easy again. Pogo Pop takes place on a series of squares where Goofy bounces up and down on a pogo stick in an effort to touch every tile. This may sound easy but there's a catch, every time you jump one of the tiles disappears, so the tile that was below you may not be there when you land. As the levels progress the frequency of the tiles disappearing increases, making it harder and harder not to fall through the floor. While you're jumping on tiles you can attempt to pop the Mickey Mouse balloons floating above you for extra points. The balloons come in several different colors and are worth a varying amount of points. 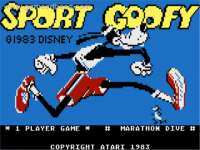 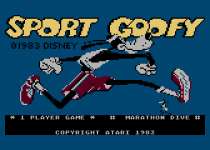 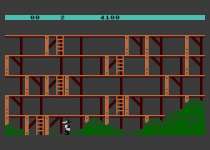