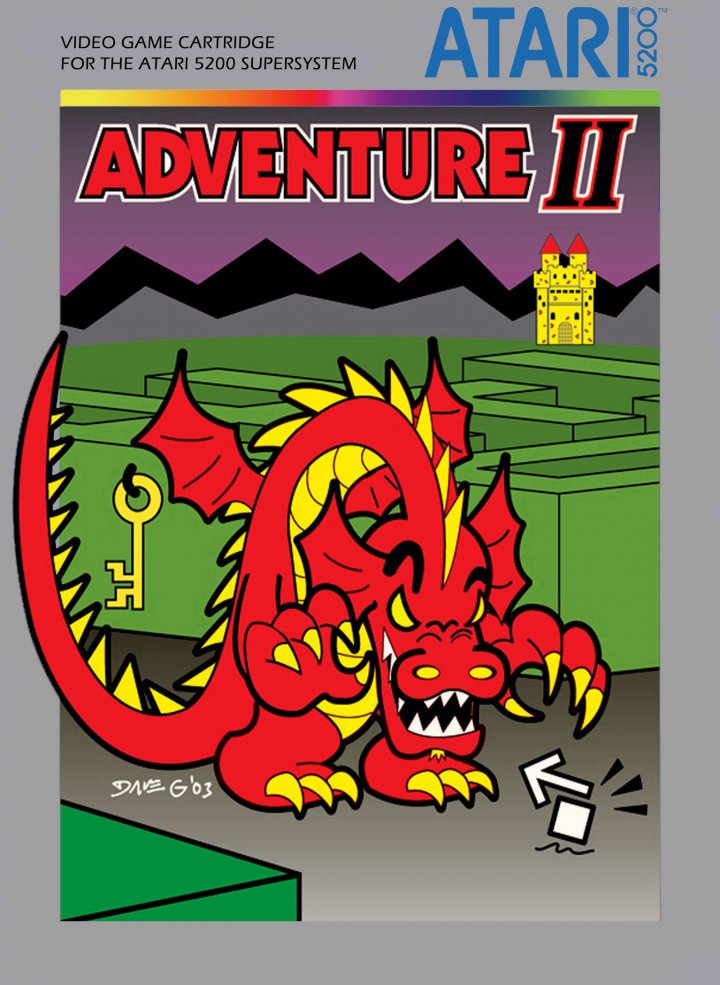 This homebrew Atari 5200 cartridge is a direct, yet unofficial sequel to the Atari 2600 action role-playing classic Adventure. The player controls an unnamed knight on a quest to return the stolen chalice to the Seashore Kingdom's Castle. Like the original, Adventure II is played from top-down perspective, with player roaming the large game world.. The player character can carry one item at a time which are used to solve puzzles. While the main player graphic remains a square, the world of Adventure II is far larger and more robust than the original. The game's 32k cartridge features 4 distinct kingdoms, complete with unique inhabitants, items and secrets. 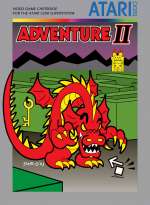 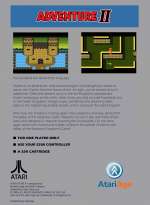 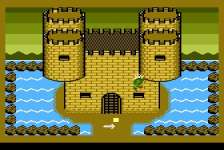