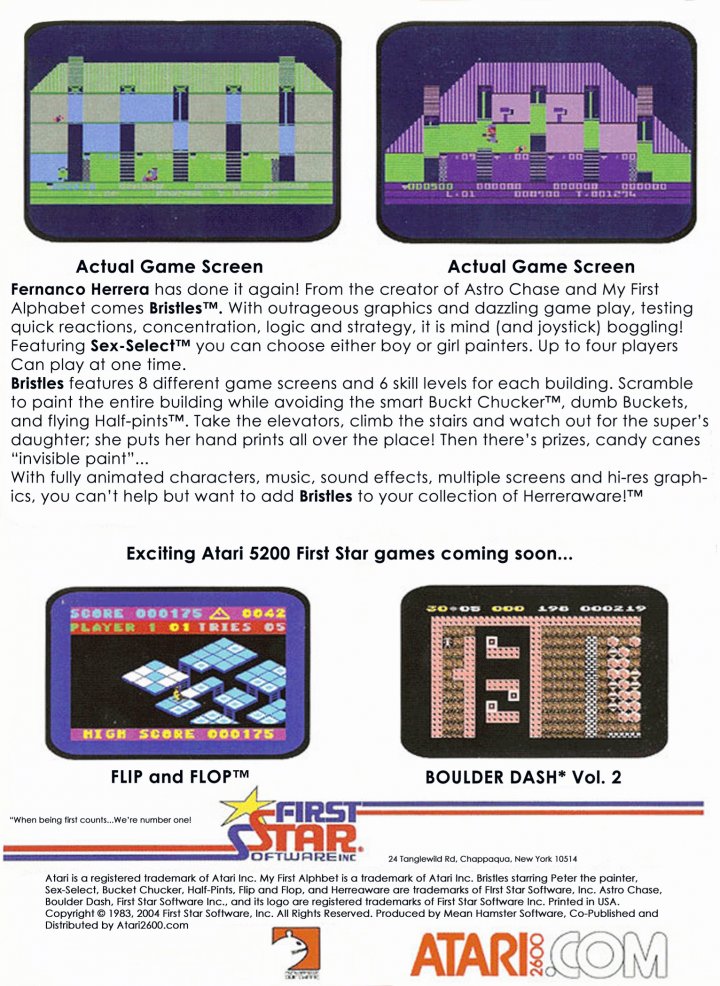 Originally available for home computers in the '80s, developer First Star Software has ported Bristles to the Atari 5200. Featuring eight different game screens and six levels of platforming action, players must attempt to paint a house while avoiding Bucket Chucker and his Flying Half-Pints. Only 100 copies of Bristles were produced, and were first made available at the 2004 Classic Gaming Expo. 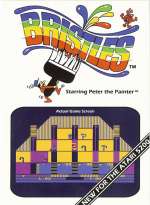 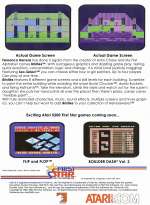