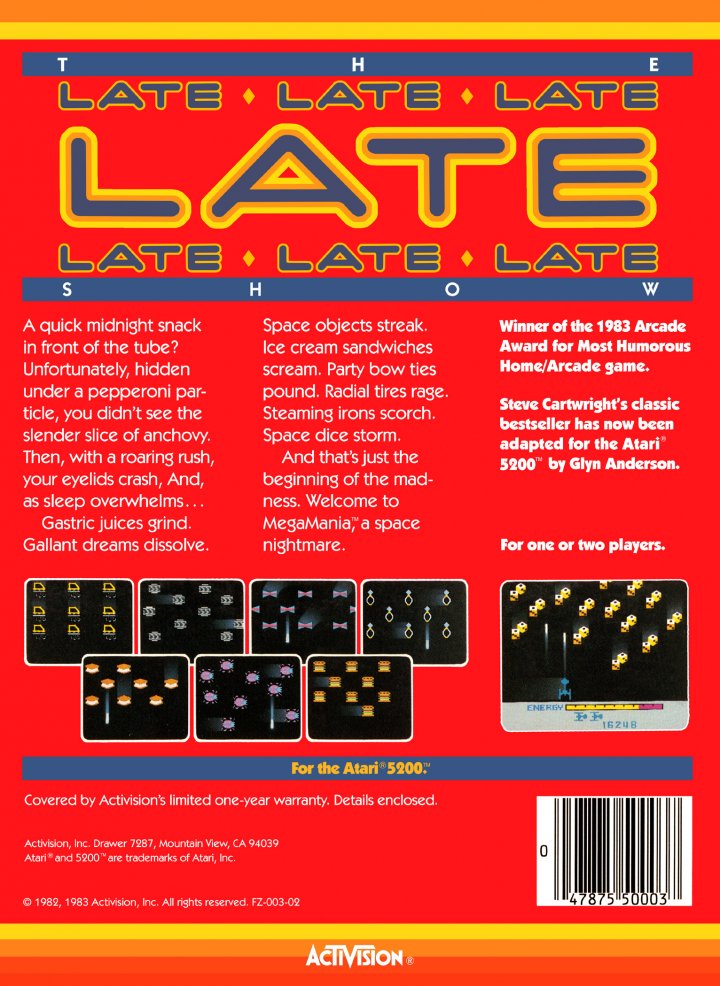 Megamania gameplay resembles that of Astro Blaster, but rather than being aliens or spaceships the enemies in are various objects such as hamburgers, bow ties, and steam irons. The object is to shoot them down before the energy bar at the bottom of screen is depleted, all while avoiding the oncoming enemies and their own projectile attacks. Each of the enemies fly in select patterns and as soon as they hit the bottom of the screen, they re-appear at the top until shot by the player. The player's spacecraft depicted in the game is a cross between the U.S.S. Enterprise and Klingon battlecruiser from the Star Trek universe. If a player exceeds a score of 999,999 the game ends. 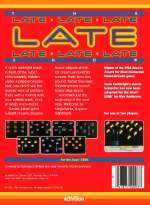 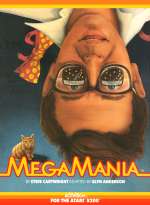