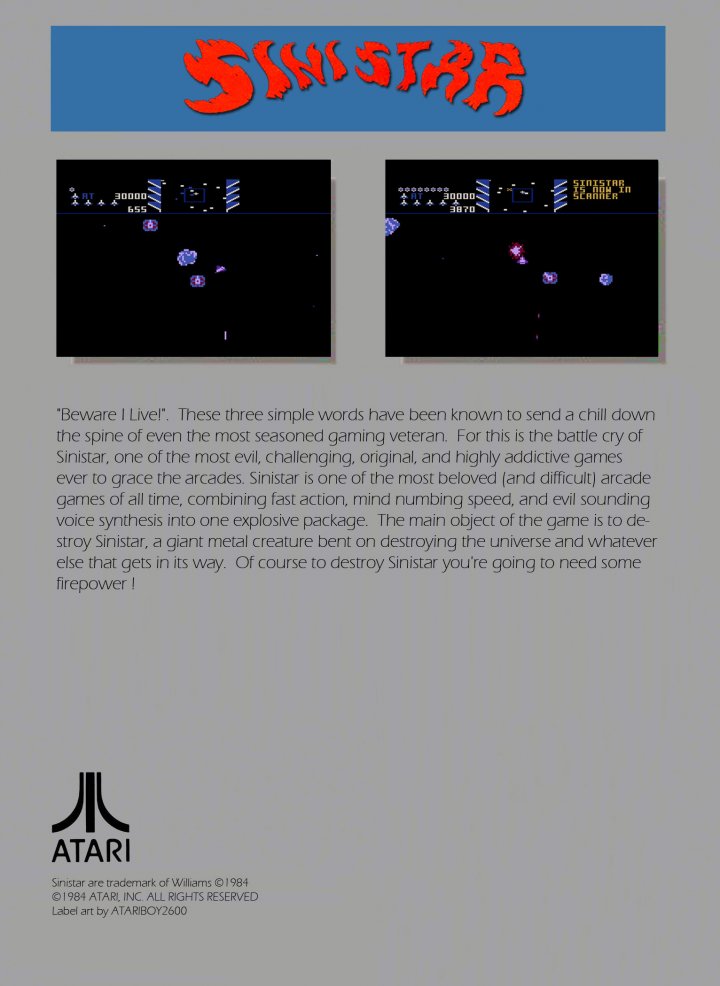 The player pilots a lone spacecraft, and must create "Sinibombs" by shooting at drifting planetoids and catching the crystals that are thereby released. Sinibombs are needed to defeat the game boss, Sinistar, an animated spacecraft with a demonic skull face. Sinistar does not exist at the start of the game, and is continuously under construction by enemy worker ships. Though time is crucial, attempting to mine too quickly will destroy a planetoid without releasing any crystals. At the same time, enemy worker ships are also gathering crystals (often stealing them from the player) which they use to construct the Sinistar. Meanwhile, enemy warrior ships can also directly attack the player's ship. The player is given a head-start before the enemy ships have enough crystals to begin construction. Game ends when the player's ships are all destroyed. 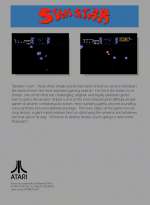 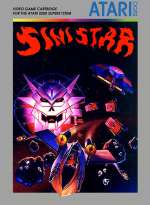