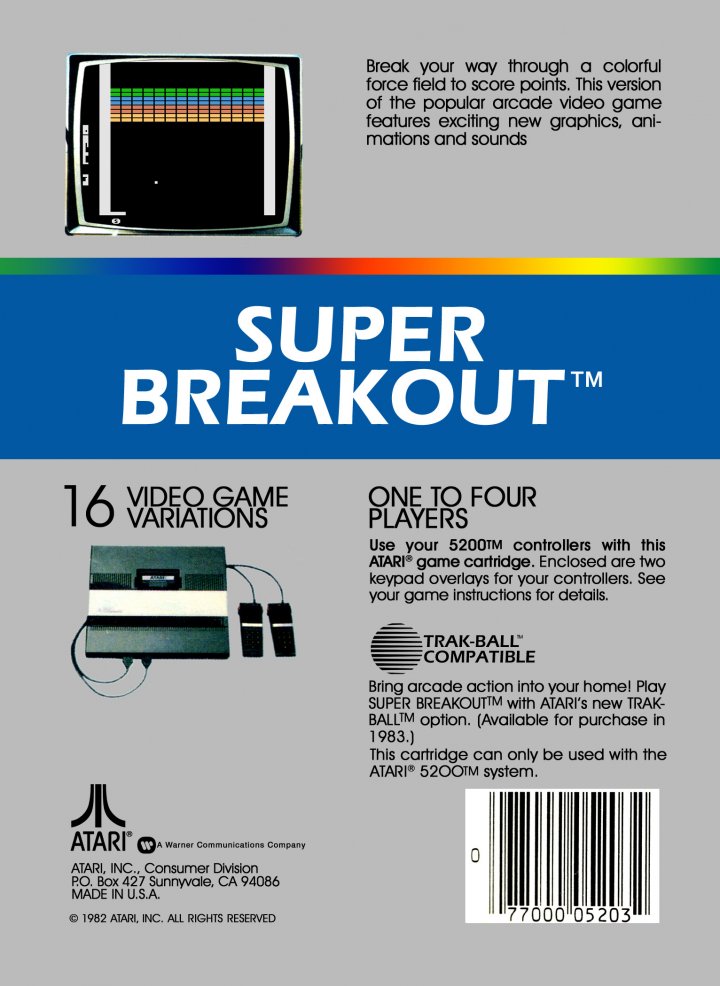 In Super Breakout, there are three different and more advanced game types from which the player can choose: Double gives the player control of two bats at the same time—one placed above the other—and two balls. Losing a life occurs only when both balls go out of play, and points are doubled while the player is able to juggle both balls without losing either. Cavity retains the single bat and ball of Breakout, but two other balls are enclosed on the other side of the wall, which the player must free before they, too, can be used to destroy additional bricks. Points are increased for this, but triple points are available if the player can keep all three balls in play. Progressive also has the single bat and ball, but as the ball hits the paddle, the entire wall gradually advances downwards step by step, gaining in speed the longer the ball lasts in play. 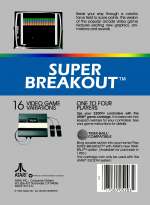 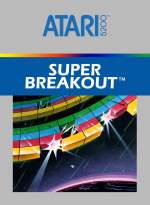