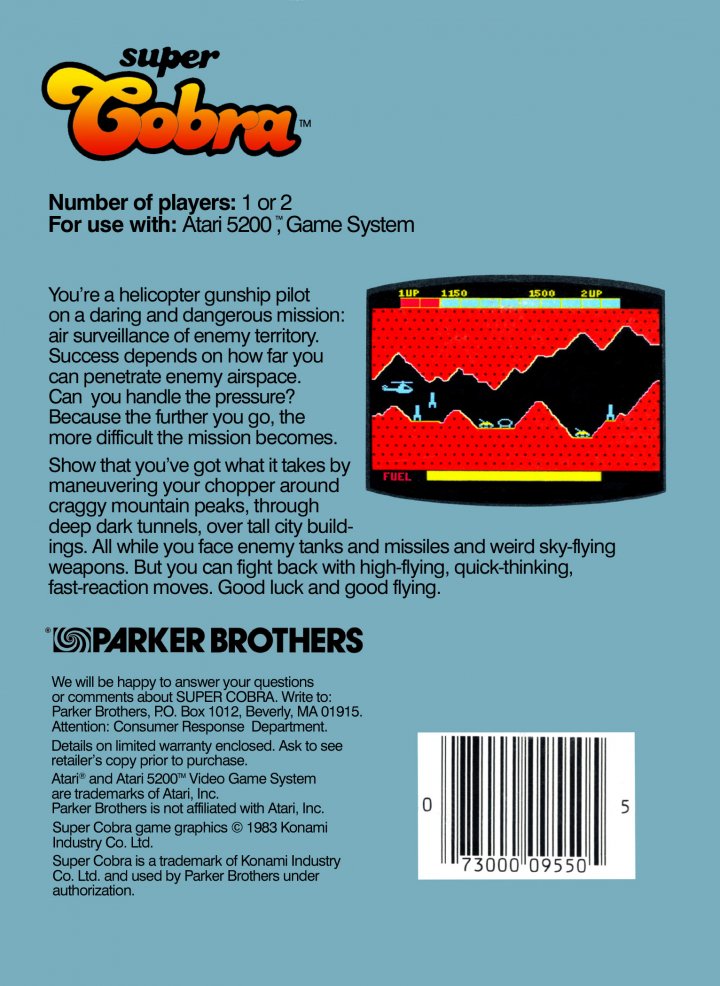 The player controls a helicopter and has to guide it across a scrolling terrain, battling obstacles along the way. The player uses a joystick to accelerate, decelerate, move up, and move down. The ship uses a laser and bomb to destroy defenders, tanks, and UFO's while infiletrating 10 Super Cobra defense systems. The ship has a limited fuel supply, which is depleted over time. More fuel can be acquired by destroying fuel tanks in the game. The game is divided into ten sections, plus a finale, each with a different style of terrain and different obstacles. Players navigate through ten levels and a base, where they must safely make it through the level and safely remove the booty. The levels are described as follows, Player must maneuver the chopper over mountainous terrain against fast and slow firing rockets. Chopper faces Arcing missiles over a mountain terrain. Smart Bombs flying in groups of four over mountainous terrain. Rockets appear, but do not fire. Single Smart Bombs over mountainous terrain. Again, Rockets appear, but do not fire. Chopper flies through a cavern-like terrain against falling mines. Rapidly firing, roving tanks over mountainous terrain. Rockets appear, but do not fire. Maneuver through a field of meteors which explode when hit with bombs or 3 times with laser, plus a single, green, shadow meteor directly in front of chopper which explodes when hit five times with laser. Rockets appear but do not fire. Chopper flies over mountainous terrain against rapidly firing UFOs. Tanks and rockets appear, but do not fire. Chopper faces arcing missiles over tall buildings. Firing rockets in a building maze. Base: Player must maneuver the chopper over tall buildings against arcing missiles and rapidly firing tanks to reach the Booty and safely carry it away. There is no intermission between each section; the game simply scrolls into the new terrain. If the player destroys the booty on the final level, they must start back at the beginning of the level. 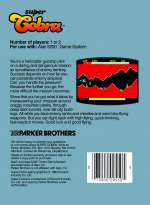 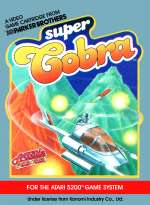