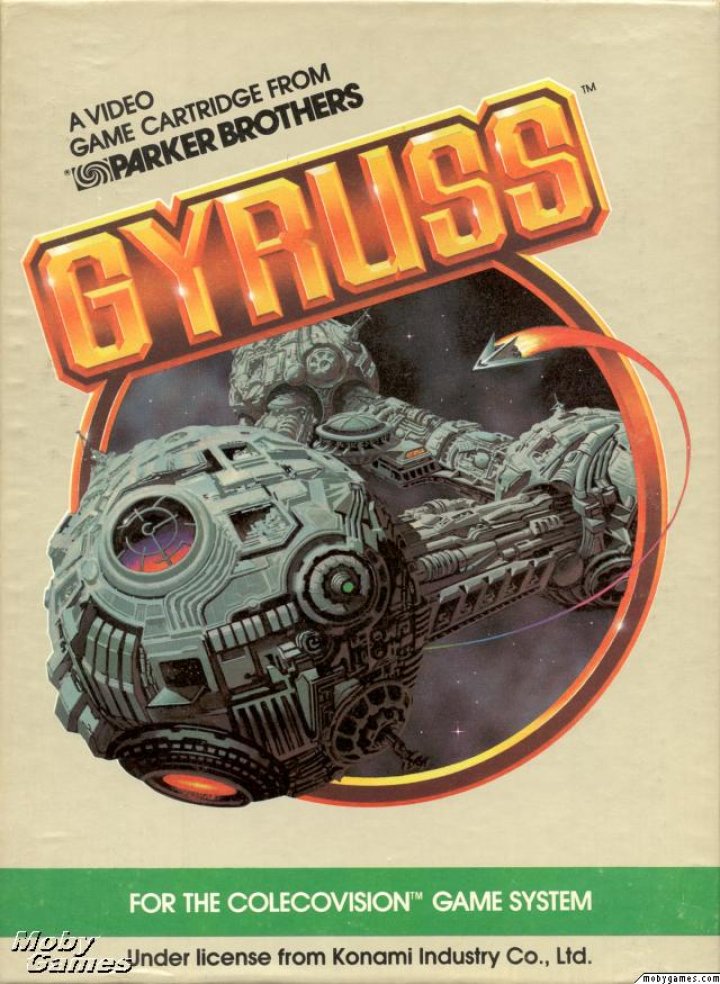 Gyruss (ジャイラス Jairasu?) is a shoot 'em up arcade game designed by Yoshiki Okamoto and released by Konami in 1983. Gyruss was licensed to Centuri in the United States, and was ported to contemporary home systems. The gameplay is similar to that of Galaga but presented in a forced 3D perspective, with the player's ship facing 'into' the screen and able to move around the perimeter of an implicit circle. The scrolling starfield of earlier space shooter games is arranged to fit the 3D perspective, with the stars coming into view at the centre of the screen and flying outward, giving the impression of the player's ship moving through space. Gyruss is the second and last game Yoshiki Okamoto designed for Konami, after Time Pilot. Due to pay disputes, he was fired after the release of this game, and soon joined Capcom, where he would write 1942 and the first Street Fighter game. The game's background music is an electronic, uptempo arrangement of J. S. Bach's Toccata and Fugue in D minor, BWV 565; this particular track is similar to "Toccata", a rock arrangement by the UK-based instrumentalist group Sky. Gyruss is notable for using stereo sound, which according to the bonus material for Konami Arcade Classics, was achieved by utilizing discrete audio circuits. Gyruss was released in both upright and cocktail cabinets.[2] 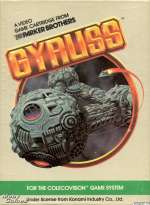