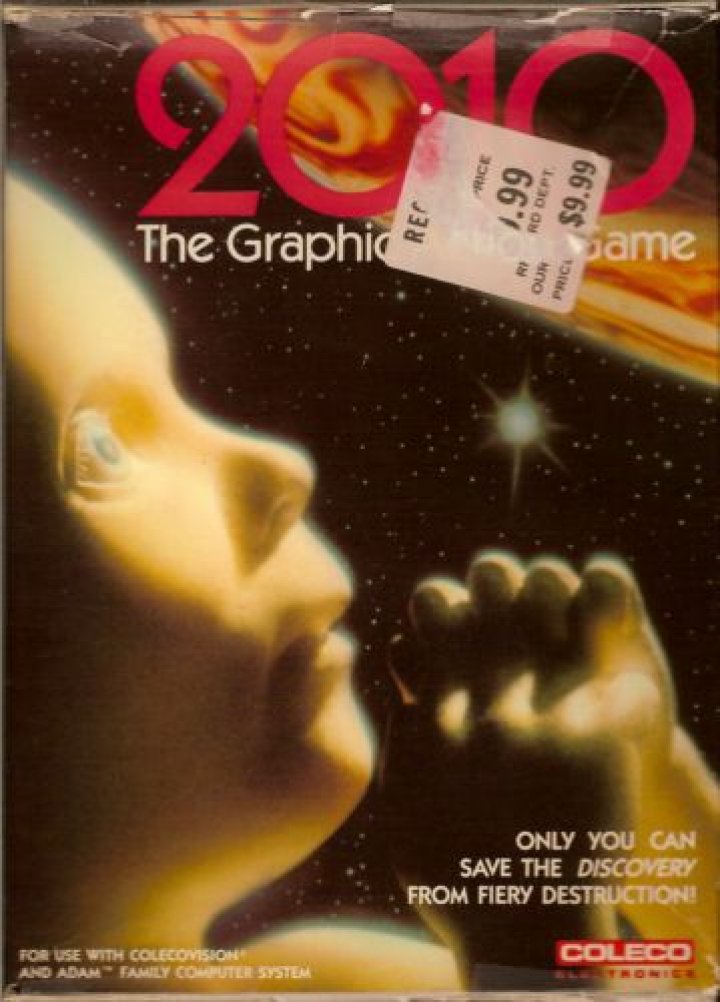 2010: The Graphic Action Game is a puzzle/maze game with elements from 2010: Odyssey Two where the player must save the Discovery from crashing onto the surface of Jupiter's volcanic moon, Io. The player must choose one of about five circuits to work on in one of the ship's critical systems: Engine, Power, Communications, Life Support, and the HAL 9000. Successful power routing of a circuit makes each system slowly come on-line. It takes three powered circuits for minimum function, but four provides more leeway for success. On-Line engines and power can be activated for an orbital boost, but too long a burn will damage circuit components. HAL 9000 can power undamaged circuits you assign to him, although at a much slower pace than the player. Communications allow a powered HAL 9000 to inform you of success/failure at powering a circuit assigned to him. Life Support gives more protection against EMPs damaging powered circuits, which require repair and repowering. 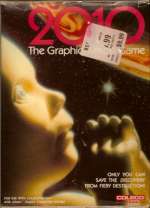 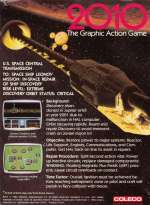