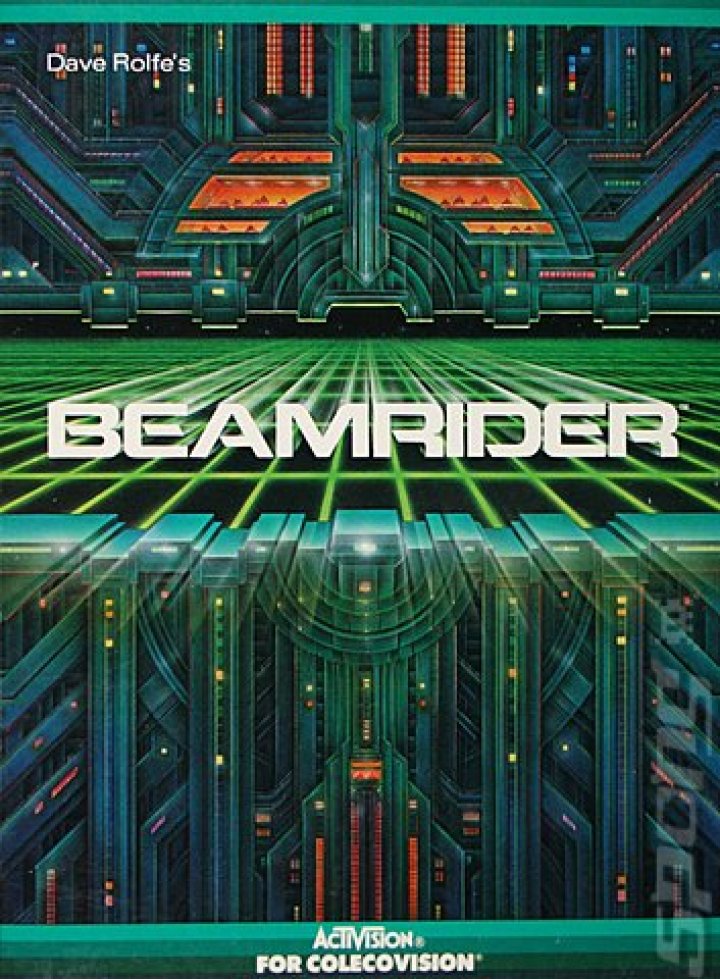 A web of iridescent blue beams engulfs Earth-Space. You stand watching. Mesmerized at first, you now realize the beams support weapons, frightening creations in different forms. Will you just watch or will you take action? Action??!! Then roll up your sleeves, mount these beams and... ride! Animated graphics create a 3D perspective that virtually pulls you into the screen. Pulsating sound effects intensify the action as a dizzying array of objects zips from beam to beam. 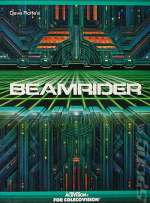