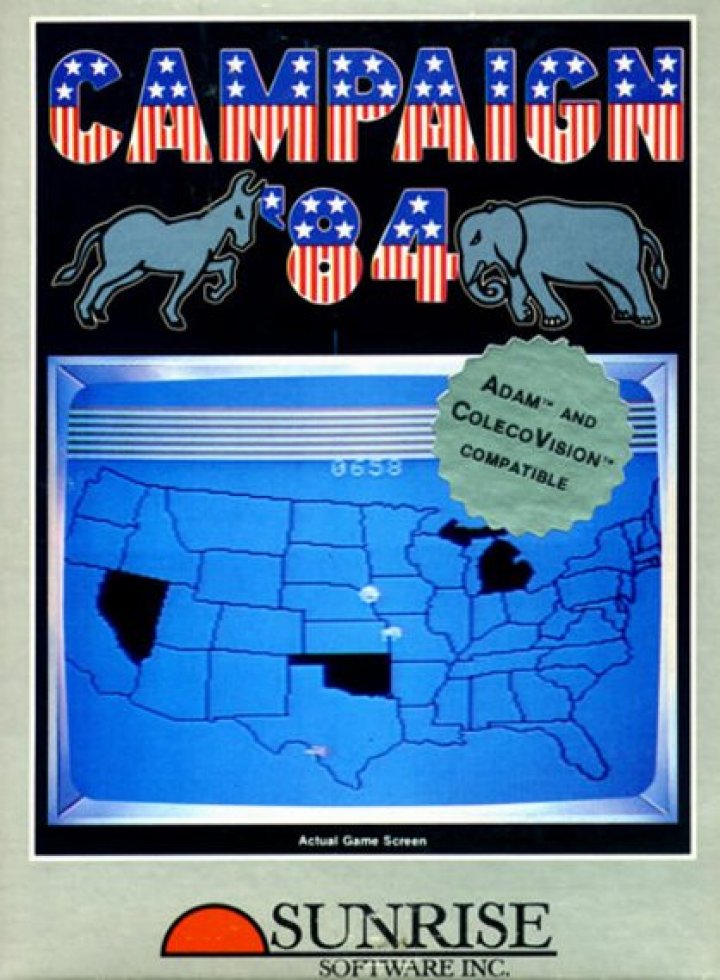 Campaign '84 is a game developed by Sunrise Software and released for the ColecoVision in 1983. It is a political simulator in which the player must run for president in the 1984 American presidential elections. The plot involves the player campaigning in the continental U.S. to become the president of the United States. The player has a limited amount of time to play as well as random events which may come up. The player must focus on many comical issues like reducing Pet Rock unemployment or controlling water guns. 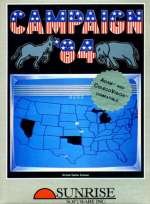 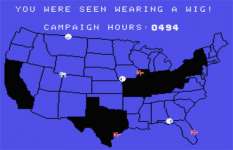