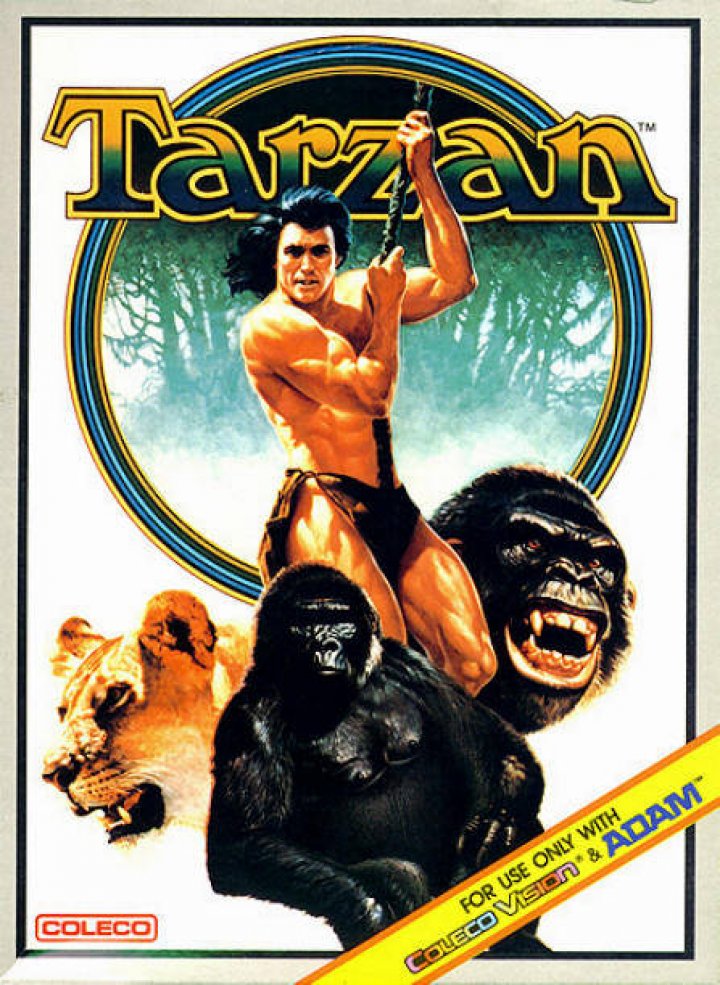 Both CV buttons are used, one to punch, one to jump. Using the control knob, you can run around the jungle floor, climb up trees, swim in the river, swing from vines, and by hitting one of the numeric buttons, you can let out Tarzan's famous yell. As you cross the jungle, you'll come across captured apes that can be released by punching their cages. As previously mentioned, at the end of each round, you'll come to the temple screen. There are several levels to the temple with a caged ape each. Travel down, free each ape, then head back to the top, there the idol resides. Dodge the idol's fire, hit one of the numeric buttons to let out Tarzan's yell, and the idol will crumble. This ends the round and you start again with increased difficulty. 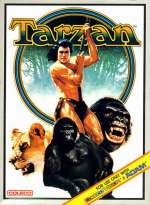