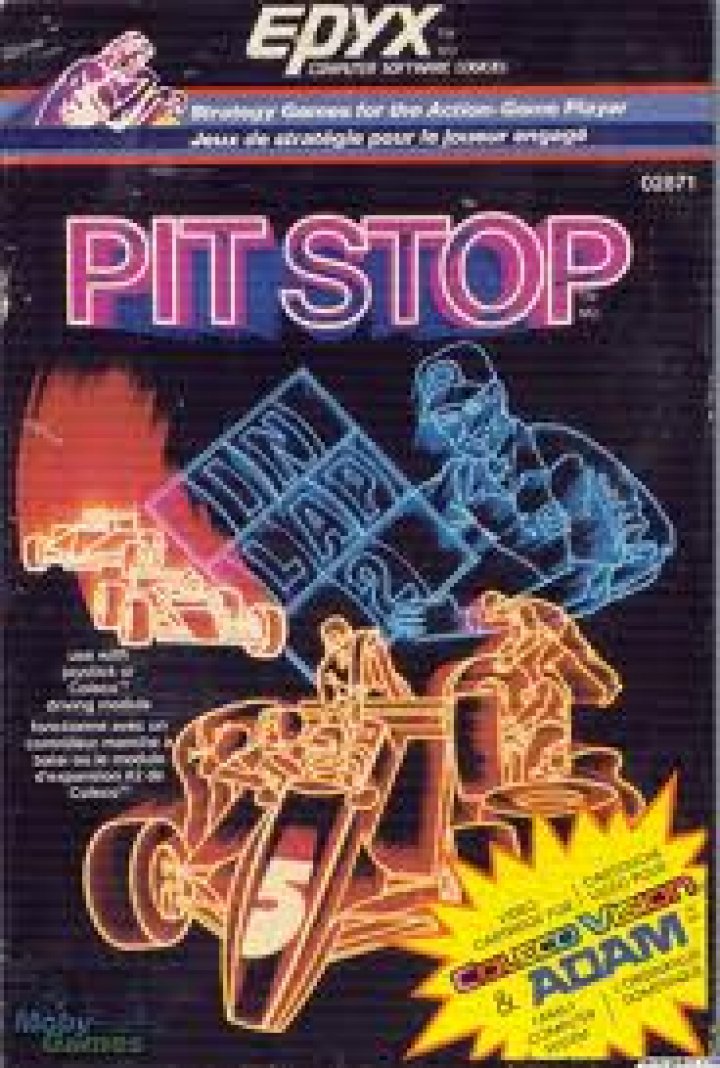 Pitstop is a 1983 racing video game developed and published by Epyx for the Atari 8-bit family, ColecoVision, Coleco Adam, and Commodore 64. Pitstop was noted for its implementation of a pit stop, a concept not featured in many other racing video games at the time. Pitstop is played from a first-person perspective, placing the player in the driver's seat of a race car. The game features three difficulty modes and three gameplay modes: Single, Mini-Circuit, and Grand Circuit. In Single, the player can choose from one of six tracks and learn how to play the game. In the game's Circuit modes, the player races against other drivers and earns a certain amount of points and money depending on the place finished in each race. The Mini-Circuit features only three tracks, while the Grand Circuit features all six. Color-based damage is shown on the player's car whenever it hits another vehicle or a wall on the track, both of which wear out the tires. The player also has a fuel meter that gradually depletes during each race. If the player's vehicle displays a red color from taking too much damage, or if it is running low on fuel, it must make a pit stop. Unlike other racing video games, the pit crew is fully controlled by the player, who must refuel the vehicle and replace its worn-out tires. Up to four players can play by taking alternating turns. he Coleco version utilizes the ColecoVision's Expansion Module #2 steering wheel/pedal peripheral. The Coleco version features lighter colors and billboards alongside the road rather than trees. 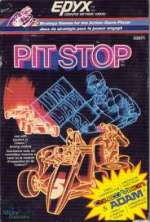