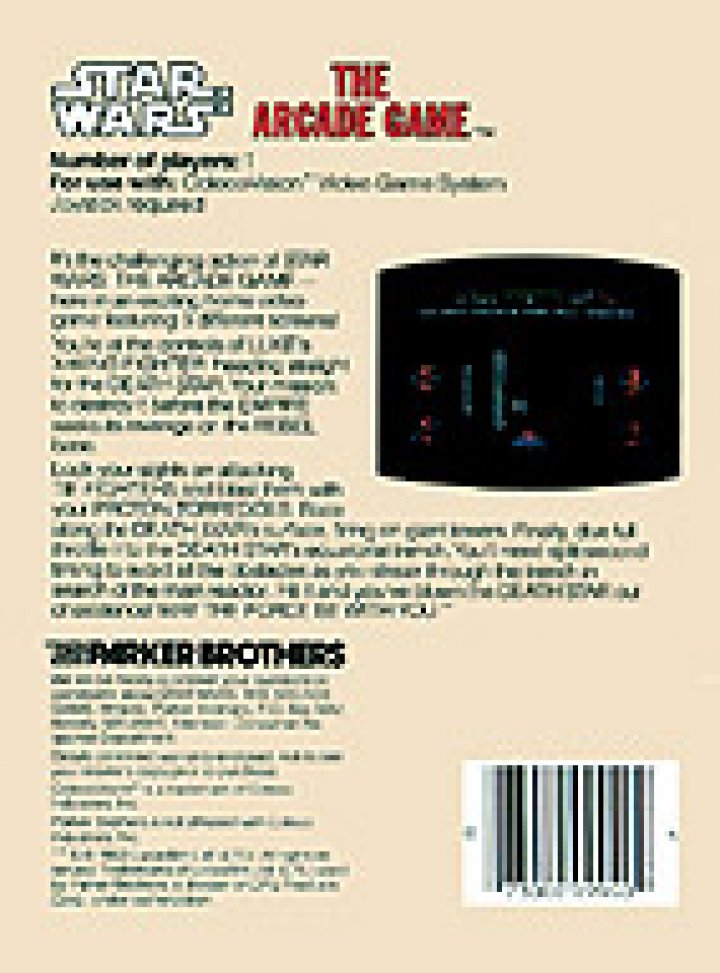 It's the challenging action of Star Wars: The Arcade Game. Here in an exciting home video game featuring 3 different screens ! You're at the controls of Luke's X-Wing Fighter, heading straight for the Death Star. Your mission: to destroy it before the Empire seeks its revenge on the Rebel base. Lock your sights on attacking Tie Fighters and blast them with your Proton Torpedoes. Race along the Death Stat's surface, firing on giant towers. Finally, dive full throttle into the Death Star's equatorial trench. You'll need splitt-second timing to avoid all the obstacles as you streak through the trench in search of the main reactor. Hit it and you've blown the Death Star out of existence !. Good luck and may the force be with you. 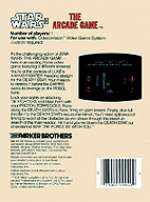 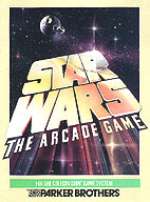