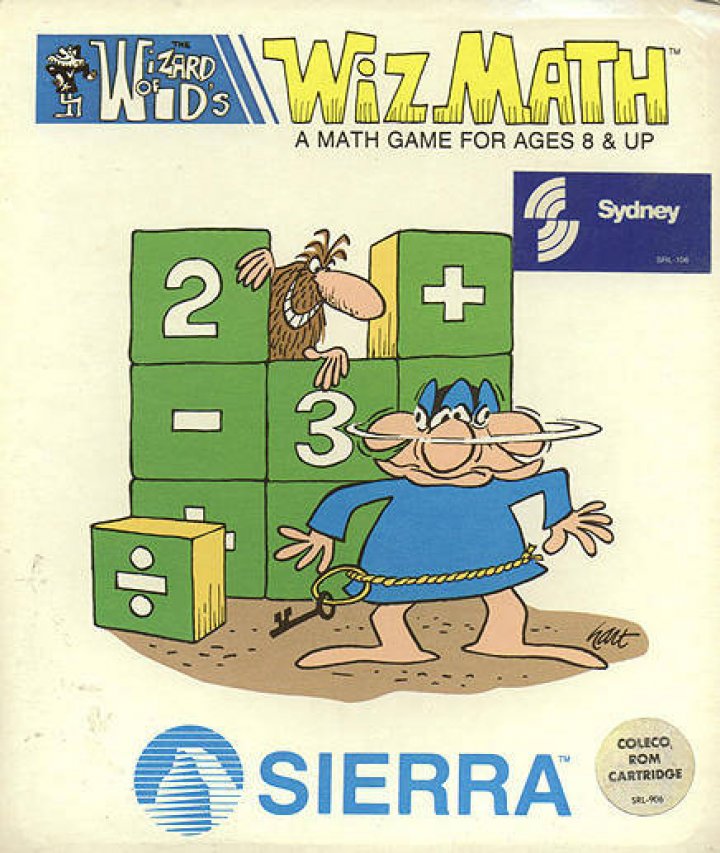 The Wizard of Id's Wiz Math

Spook needs to escape from the King of Id's dungeons. He slips out but Turnkey is in pursuit. He needs to solve math problems to open the way to his escape. Wizard of Id's WizMath is an educational game to teach mathematics. Using your joystick, you must move blocks into place so they complete a correct math problem and answer. If you push against a block, you will send it flying until it hits a wall or another block. You can also face a block and hold down the button. While keeping the button down, you can then slide the block as needed. There is a sixty second time limit and you are being pursued by Turnkey. Early levels require only one math problem to exit but later levels require two or more. Early in the game, you can select a floor on an elevator. The higher the floor, the more difficult the math problems. The game also asks your age. The older you say you are, the higher a floor it tries to start you on, although you can select a lower floor. 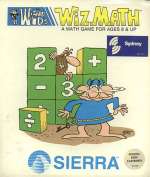