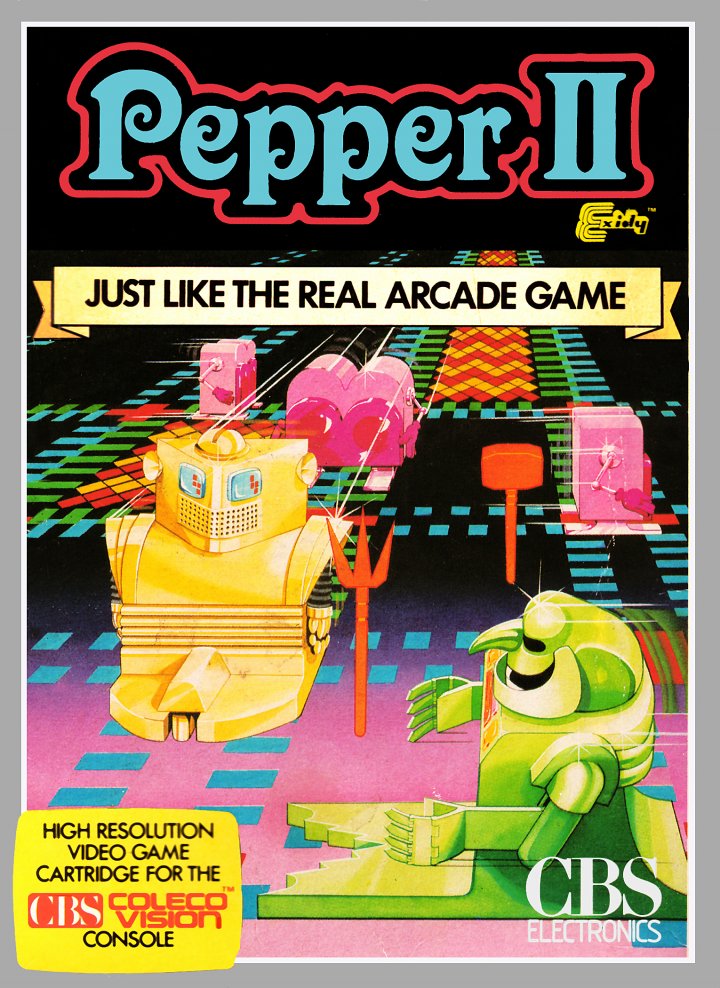 Pepper II is an arcade game programmed by Exidy and published in 1982, and, despite its name, there was no predecessor named Pepper or Pepper I.[1][2] Its gameplay is similar to the game Amidar by Konami and Stern. The game featured Gounod's "Funeral March of a Marionette" when gameplay started. Gameplay[edit] There are four mazes per level in Pepper II. Each maze has exits leading to 3 other mazes. All four mazes must be filled to advance to the next level. To fill in a maze, the player maneuvers "Pepper" around different segments of the maze. As Pepper travels, he leaves a "zipper". Once he encloses or "zips" a segment, it fills in and points are awarded. If Pepper backtracks on an uncompleted segment, it unzips. The character "Pepper" is an angel. There are two types of enemies that must be avoided: "Roaming Eyes" and the " Whippersnapper" who unzips all uncompleted, zipped segments by moving over them. Pepper's one defense is to enclose an area containing a pitchfork "energizer", which turns him into a devil for approximately four seconds. At that time he can go after all Roaming Eyes for points. At the same time, the Whippersnapper freezes. There are four pitchforks in the corners of every maze. A deluxe energizer is located in the center of each maze. This energizer alternates between being a pitchfork and a halo symbol. If Pepper encloses the middle area when the energizer is a halo, the Whippersnapper will disappear from the maze. Points are made for enclosing a segment, consuming a pair of roaming eyes when energized by the pitchfork (similar to Pac-Man), obtaining prizes, completing a maze, and completing 4 mazes. A bonus turn is awarded at 40,000, 50,000, 70,000 or 90,000 points, depending on the dip switch settings. Each maze also contains a prize in one of the segments. The player must enclose the area it appears in to gain the prize and points, and then the prize is shown beneath the maze. Pepper II was ported to the ColecoVision home system.[1] 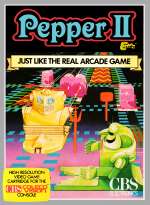 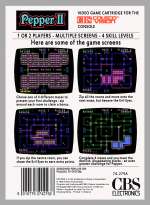