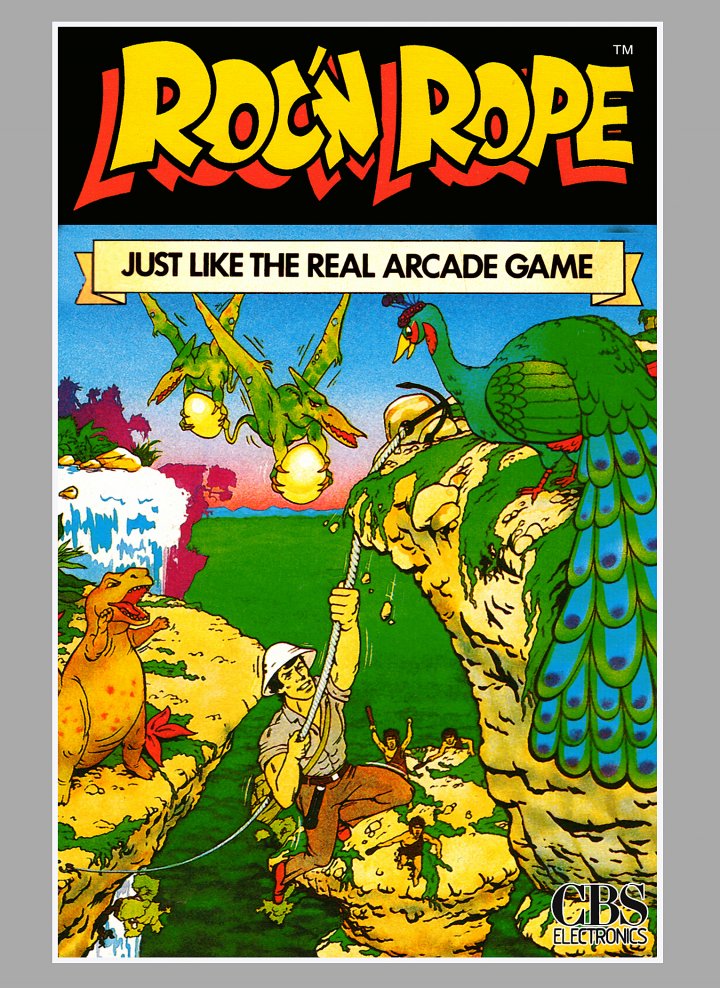 Roc'n Rope (ロックンロープ?)[1] is a 1983 arcade game developed and published by Konami (published by Kosuka/Interlogic in some markets). The player, a flashlight- and harpoon gun- equipped archaeologist, had to ascend a series of rocky platforms in a Lost World scenario to reach a Phoenix bird, the object of his quest. Along the way he had to avoid ferocious man-sized dinosaurs and belligerent red-haired cavemen against whom he had no direct means of offense. The only ways to defeat the opponents were either temporary (dazing them with the flashlight) or indirect (waiting for them to be suspended on a harpoon rope to make them fall down), an element which added a certain amount of trickiness to the game, unusual for its time. Bonus items to collect along the way included fallen phoenix feathers and phoenix eggs, which granted the player invulnerability from the prehistoric denizens for a short period of time. Roc'n Rope was ported to the Atari 2600 and ColecoVision. The ColecoVision version was more faithful to the original, while the Atari port was rudimentary at best. 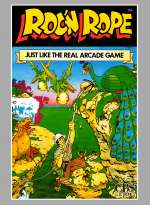 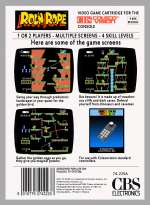