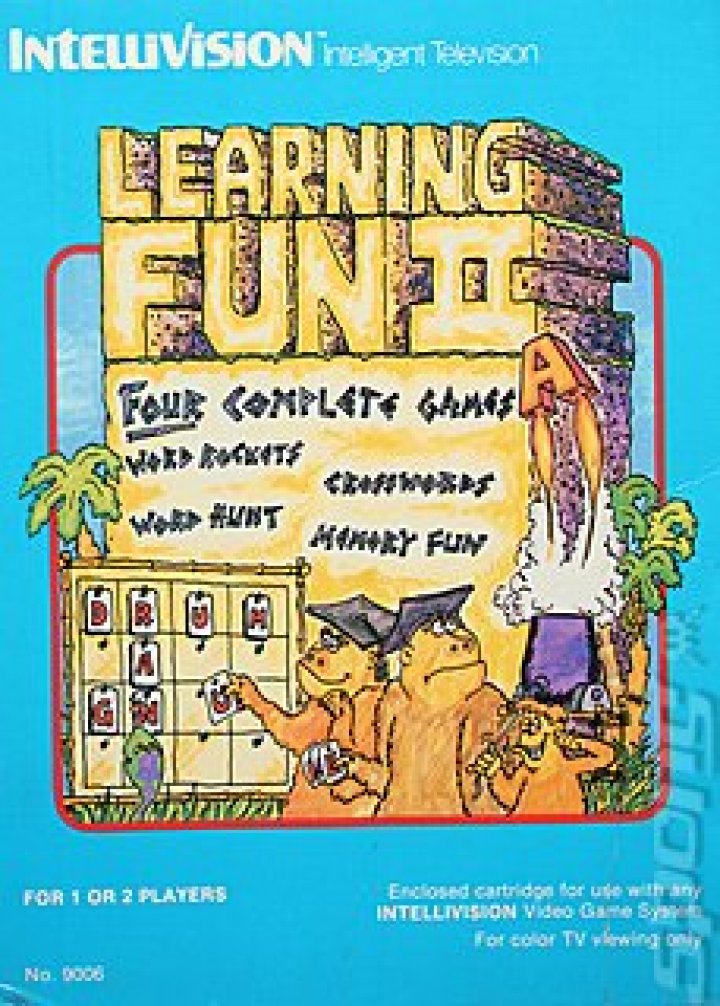 The bookend to Learning Fun I, Learning Fun II is the INTV Corp. remake of Word Fun. This cartridge adds a pretty title screen and one new game to the three already offered by Word Fun. Although the basic gameplay of the Word Hunt, Word Rockets and Crosswords games appears unchanged from the original Word Fun cartridge, the graphics were enhanced. According to the official site, a bug was introduced in the Crosswords game that resulted in the computer only choosing words starting with letters A-T instead of A-Z. The new game added to the mix is Memory Fun - your basic 'Memory' style game where you turn over pairs of tiles to find matches. Another grand edutainment game. No wonder they made so many. ;-) 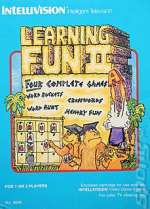