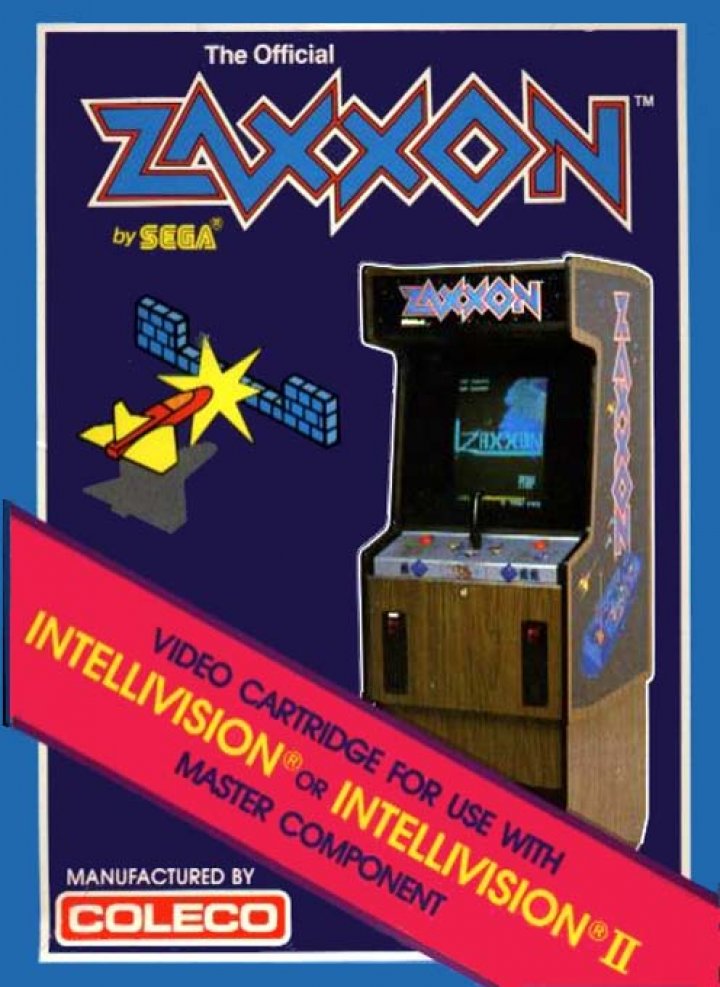 The Zaxxon defence system must be destroyed in this isometric-viewed shoot 'em up which originated in the arcades. The game has three stages, first taking you through Asteroid City, which is heavily protected by aircraft, guns and missiles. Many barriers are alarmed, leaving you with limited space to progress through, and fire must constantly be dodged. Stage two is a space shoot out against hordes of enemy aircraft - those you failed to destroy in the first part of the task. Complete this and you reach the final battle with Zaxxon, the game looping with increased difficulty if you can survive the first time. There are three distinct skill levels, while controls involve using forward to dive and back to climb, in the manner of flight simulation. 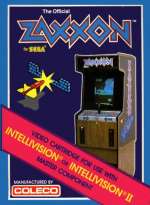 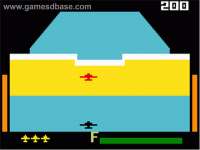