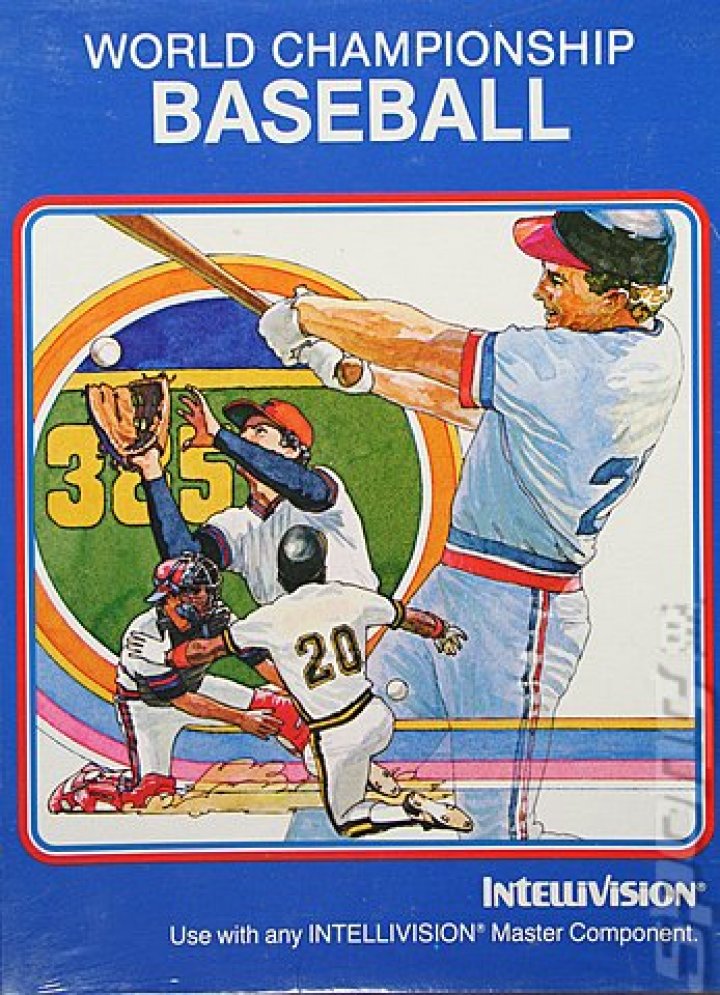 You're the home team in blue, engaged in the most realistic home video baseball game around. You've got to hit the fast-breaking curve balls or smoking fastballs. But don't pop up, this game features fly balls as well a grounders. You can also steal bases and kick up a cloud of dust as you slide into the bag. Nine innings of action-packed fun, for one or two players. Play ball! During 1981, APh started work on Baseball II and Basketball II -- one-player versions of the original games. These were not high priorities since the original versions continued to sell well. In 1982, when the Keyboard Component was killed, Marketing wanted to produce a series of Super Sports cartridges for the Entertainment Computer System (ECS) to help push that system, so work was ordered halted on the non-ECS sports games. FUN FACT: INTV Corporation released the game as is, including the fatal bug and the debugging module. The game occasionally crashes, displaying the debugging screen. To explain this, INTV added the following notice to the instruction book: Baseball II, however, was a favorite of baseball-fanatic Mike Minkoff (Snafu). The game had been essentially completed, but regularly crashed, despite weeks of debugging at APh. Mattel didn't want to put any more resources into the game, but Mike, although now a Director in charge of Intellivision, Aquarius and M Network development, volunteered to debug the game himself after hours. Since the game had already been announced in several catalogs and press releases (as All-Star Major League Baseball), Mattel kept the title on the schedule and let Mike work on it, on and off as he had time, throughout 1983. Mike managed to clean most of the bugs out of the game, but the cause of one occasional crash eluded him. He linked in a debugging module written by Rick Koenig (Motocross) that displayed the contents of registers and status words on screen when a game halted. Mike was still trying to trace the problem when, in January 1984, Mattel Electronics was closed. INTV Corporation ultimately released the game; it first appears in their Spring 1986 catalog. They were able to use packaging and instructions already completed for the game at Mattel, with the change of the name to World Championship Baseball so that they wouldn't have to pay for the Major League trademark. The title screen, however, still says "Mattel Electronics presents All-Star Major League Baseball." 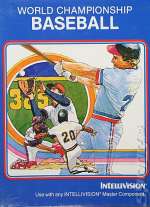